We need to laugh, even during the worst of times. In most cases, humor isn’t meant to belittle misfortune or suffering—it’s a way to make anguish easier to digest. As none other than Mary Poppins once sang: “A spoonful of sugar makes the medicine go down.”

Over the past two months, our pandemic-stricken world has been spinning out of control. While we can’t visit beloved restaurants or hang out with strangers in the park IRL, we can commiserate online and share our favorite memes. Unsurprisingly, most memes in the shadow of COVID-19 have been tinged with a certain desperate comedy.

“Terrifying situations produce anxiety,” explains professor Janet Gibson. “Getting the joke, in some ways, is like having control over our fears, to feel assured we are alive.”

Dark humor has been a coping mechanism ingrained in human nature for centuries. The term “gallows humor,” which can be traced all the way back to the European revolutions of 1848, refers to a certain type of cynicism in the midst of traumatic situations. We can only imagine what the 19th century would have done with Twitter. 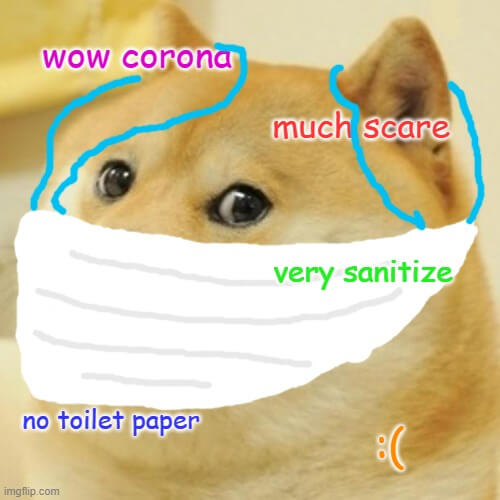 Humor in a crisis can boost morale, but it can also help inform and educate. At the very least, it provides a release for anxiety, or a way to cope with things that are just too heavy.

Let’s take a look at some of the ways that memes are helping us survive the fear and confusion of 2020.

Memes can be a form of therapy

Memes can sometimes be a way to express a feeling that is otherwise difficult to articulate.

They can be a tool to grapple with crippling anxieties, post-traumatic stress, or good ol’ fashioned existential dread. Memes become a sort of therapy, a way for strangers to realize they’re not alone in their despair. There’s always comfort in company. 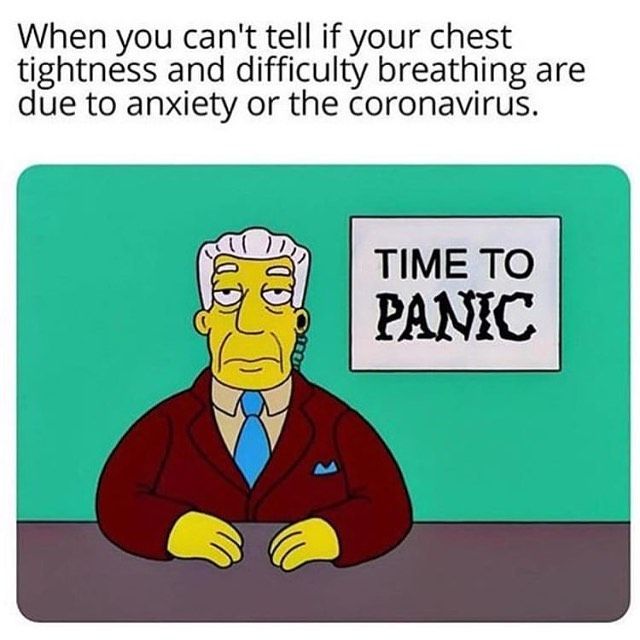 Memes make it okay to address our communal sense of dread. There’s a sense of powerlessness in the world right now—no one knows what tomorrow will bring—and poking fun at those feelings can have a legit therapeutic effect.

“Terrifying situations produce anxiety,” Grinnell College Psychology professor Janet Gibson explained to Gizmodo. “Getting the joke, in some ways, is like having control over our fears, to feel assured we are alive.”

We can learn while we LOL

Some of our favorite memes poke fun at the dangers of lifting stay-at-home restrictions too early, or angrily address those who weren’t taking stay-at-home orders seriously to begin with. There are memes that highlight the sleeper symptoms of Covid-19, or suggest nonsensical ways to cut down on the very real problem of face-touching (like rubbing chili pepper all over your hands).

It’s true that mainstream media, and organizations like the CDC, have already reminded us about all of this stuff countless times. But perhaps it takes the right meme to really make it stick—and in the meantime, we get to cushion our fears with a bit of whimsy.

Classic memes get a COVID-19 update

The versatility of a meme is unparalleled. Its basic structure is so simple that a meme can be effortlessly brought back to life for new purposes, and new jokes. 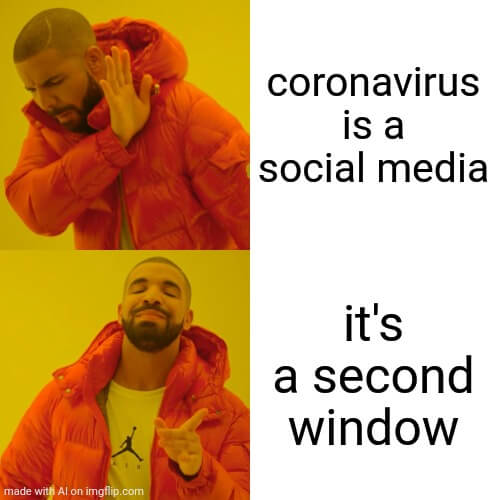 A Drake meme created by A.I.

With the help of DIY websites like Imgflip’s Meme Generator, anyone can get in on the game. As Vox’s Aja Romano points out, Imgflip even has a tool that generates memes based on artificial intelligence. The site processes a bunch of already existing memes, and then spits out what it thinks a meme should look like. “As with all other attempts to virtually approximate reality,” Romano notes, “the result of this AI is often an uncanny valley between a real meme and a fake one.” 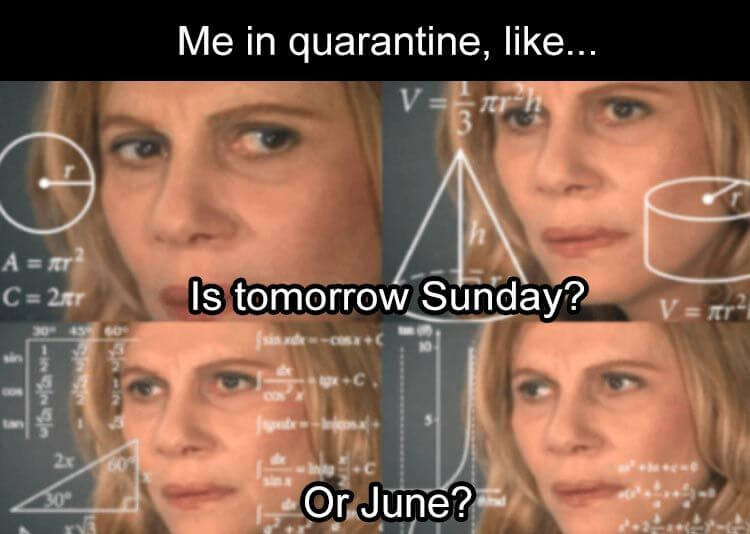 As memes spread, they mutate—there’s a reason content like that is described as “viral” (which now seems totally awkward). Memes can be picked up and reappropriated to frame current events. A random still from a Brazilian soap opera, for instance, becomes a way to reflect on how time itself loses its meaning during quarantine.

When memes borrow the language of “science”

The daily news is full of graphs that are rarely reassuring. A certain type of meme borrows the visual language of science for a bit of levity. Memes poking fun at sobering statistics allow us to take a step back from a terrifying situation to gain a new perspective (or at least take a deep breath). 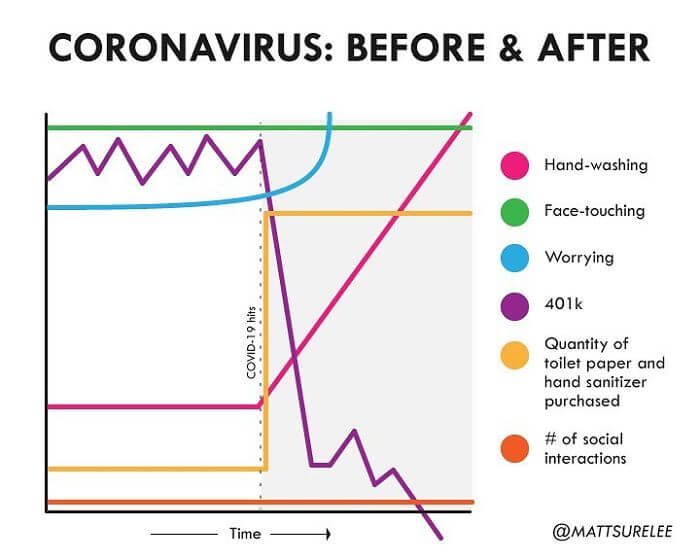 A “scientific” chart by @mattsurelee

These memes create a lighthearted spin on how our everyday routines have changed as a result of the virus. Instead of a graph that illustrates how we can “flatten the curve,” we get one that tracks an uptick in “worrying” and “hand-washing”—while the value of your 401k plummets.

The coronavirus is a serious threat, and the human suffering that it has caused is immeasurable. But it’s okay to LOL when we’re uncertain, scared, or stressed. For centuries, through plagues and wars, humor has been a ubiquitous remedy. So don’t feel bad about laughing. It’s not being cruel—it’s surviving.

“Adulting is hard.” How many times have you read that on your social feed? We dug deep into social trends to see if 'adulting' is just a fad, or if it's here to stay.