I run an insurance company, and I’m tempted to deny your claims. You see, every pound sterling I don’t pay you, is a pound more to our profits.

Some studies figure this distrust costs as much as 38% of the money in the system (Wikipedia). As crazy as that dollar amount may be, the true costs include other currencies too: this distrust corrodes the very fabric and experience of insurance. It’s why insurance is so unloved.

Realising your future self may be unable to resist temptation, and tying your hands in anticipation, is a proven technique in game-theory to change the Nash equilibrium.

The B Corporation, Explained 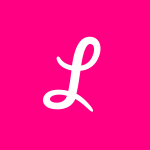 B Corporations like Lemonade, The Body Shop, and Veja recognise that business is about more than making profits—it's about social good.

Read on for everything you ever wanted to know about the Lemonade Giveback programme -- and for the entire list of Lemonade’s Giveback charities.

It’s not easy being brutally honest, but Lemonade is built on transparency and trust, so we want to be sure to be open with you when we, unfortunately, have to decline your business.