Before you delve into this post, stop reading, walk over to the next room and give someone a compliment. Just like that. You’ll see instant results.

That’s because when someone acts kindly towards us or does something nice for us, we feel compelled to return the favor, often in a similar way. This is easiest illustrated by compliments: the easiest way to give back is to promptly reciprocate.

Behavioral economics explains these ideas of fairness and reciprocity as two principles that often go hand-in-hand.

Just take what happened over the last few weeks at Lemonade. As outlined in the Transparency Chronicles, we’ve handled quite a few claims since launching in September. That’s fine – it is what insurance companies exist for, making sure people can move on with their lives when things go wrong.

But in the past month or so, three different policyholders did something that is pretty rare in an industry that often suffers from distrust between insurers and their customers: They approached us, asking to return the money they had received from a claim payment.

Returning money to an… insurance company!

One of the three policyholders that returned a claim was Alan, who filed a claim with AI Jim for a stolen laptop. AI Jim approved his claim in seconds, and transferred the funds to his account (what we call an instant claim). 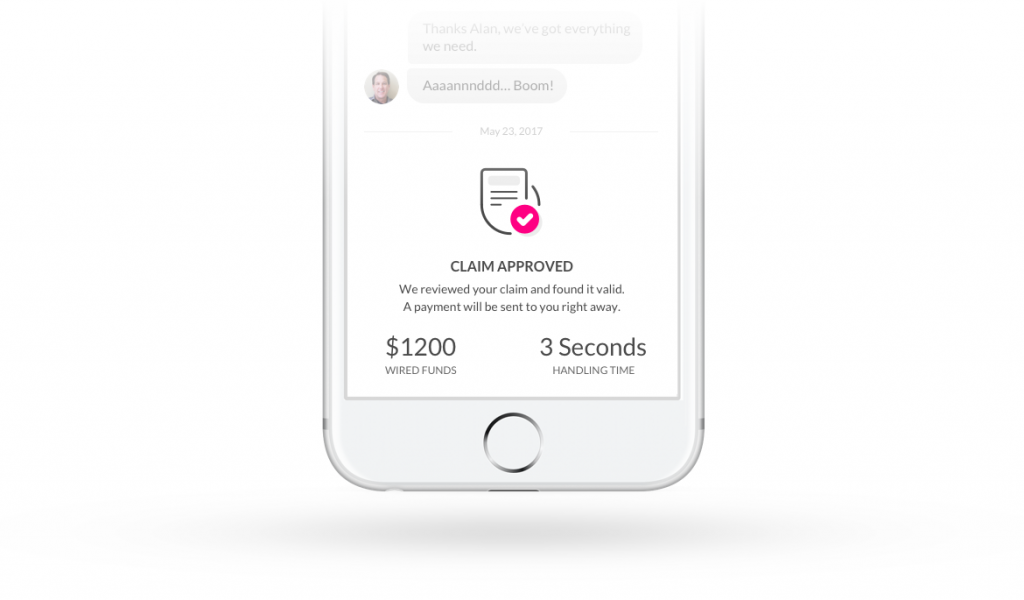 A few days later, Alan wrote to real Jim, Lemonade’s Claims Officer, to say his laptop had been located and returned to him, and wanted to return the claims payout. An unusual occurrence in the insurance industry.

Alan wrote that he “didn’t think much of it… It was the right thing to do.”

But, Jim did think much of it. He has been a claims professional in traditional insurance companies for decades. He’s never had anything like this happen before.

This is not merely the phenomenon of finding someone’s wallet and returning it to the owner (which is also an admirable act). This act is the very essence of reciprocity: when someone does something nice for us, we feel compelled to return the favor, often in a similar way, and it comes very naturally.

One of the best ways to explore reciprocity is to look at experimental evidence for the Trust Game.  There are many variations of the Trust Game, but the following version is helpful in understanding reciprocity.

The economic prediction is that Person B will not feel the need to reciprocate. If Person B is maximizing their outcome, returning half to Person A makes no economic sense.

Conclusion? We are more trusting and reciprocating than what standard economic theory predicts.

Back to our honest claimants. At Lemonade, we’re playing a version of the trust game. We trust our customers, and therefore often pay their claims instantly. We’re doing so in a fair and transparent way, hoping to effect a virtuous cycle of trust and reciprocity.

With this fairness in mind, some people simply feel the need to ‘return the favor.’

This yearning for reciprocity is deeply rooted in our evolutionary instincts. Reciprocity has long helped to strengthen social bonds. When there’s no fairness, there’s no reciprocity. When both are absent, it often causes distrust. In insurance, that can translate to fraud. Distrust is also ‘reciprocated.’

The three policyholders should get a good ol’ shoutout, but they should also feel good because the cause they chose for their Giveback will now get this extra money. So ACLU, Citymeals on Wheels, and charity:water, know there are some incredibly trustworthy Lemonade policyholders who have just made the extra effort to support you even more.

Update: It’s not just three policyholders! An estimated 5% of  policyholders who have had their claims paid, returned their money after their stolen item was found. Wow.

Today is a super exciting day for us, as we announce that Prof. Dan Ariely, a world leading behavioral economist, is joining our team as Chief Behavioral Officer!