You’ve finally settled into your new apartment. You found the perfect spot with your roommate, signed the paperwork, and unpacked your stuff. All done, right? Actually, it’s just the beginning. Now it’s time to set the tone for living with your roommate.

Chances are your relationship with your roommate will quickly become one of the most important connections of your day-to-day, especially if you’re living in close quarters in the big city. It can mean the difference between feeling happy and comfortable in your apartment, or feeling anxious and uneasy.

So we’re here to give you a few tips on how to live with roommates, backed by behavioral economics and psychology.

1. Create a culture of giving

As a part of the unwritten roomie contract, you’ll both need to carry your weight in apartment chores, shopping, and maintenance. This can seem like a drag, and can lead to conflict and resentment if you don’t play your part (especially if you’re living with roommates you don’t know). But how can you inspire each other to take care of the tasks you love to procrastinate? The best way is to lead by example.

Adam Grant, an organizational psychologist and Wharton professor, says the best way to bring out the best behavior in others is to be a giver. In Grant’s bestselling book Give and Take, he writes,

But what does it mean to be a giver?

Givers offer assistance and do favors for others without expecting anything back. This can mean picking up a carton of almond milk for your roommate, doing some extra cleaning around the apartment, or taking initiative to pay the bills without asking for your roommate to do it next month.

These small actions can have a big effect. 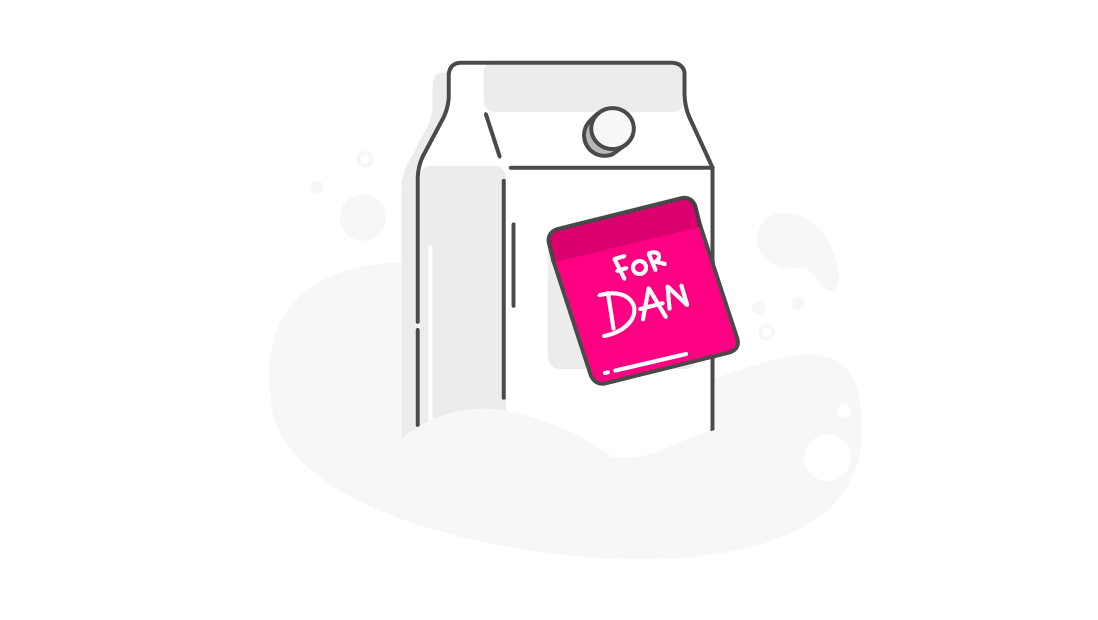 “It turns out that giving can be contagious. In one study, contagion experts James Fowler and Nicholas Christakis found that giving spreads rapidly and widely across social networks. When one person made the choice to contribute to a group at a personal cost over a series of rounds, other group members were more likely to contribute in future rounds.” (Give and Take)

In other words, being a giver will inspire your roommate to mimic your behavior. If your roommate sees you taking care of apartment shopping, they’ll feel compelled to return the favor. By creating this example, neither of you will feel the need to nag one another, because completing apartment tasks will come naturally.

For best results, remind your roommate of your contributions (we’ll touch on this more later).

It goes without saying that living with roommates comes with expenses – from laundry detergent to olive oil to electricity bills. Creating a system to pay for these costs can be tough, and the last thing you want is a strain on your relationship. Considering this, what’s the best way to split your living expenses?

You can take one of two approaches: pay for your own items, or share your expenses. Typically, roommates gravitate towards the former option: it seems more fair, and can help avoid any “who owes what” confusion.

But when we sat down with our Chief Behavioral Officer Dan Ariely to discuss this, he begged to differ.

“While the process of ‘I’ll have my own yogurt, and you’ll have your own laundry detergent’ seems like the right approach – it’s not,” he explained. That’s because this approach overlooks one of the most important aspects of a roommate relationship: creating an atmosphere of joint living.

Splitting the living expenses for an apartment creates a feeling you’re sharing your lives together, which will lead to a much better atmosphere than “every man for himself.” This system of sharing will also help bolster your culture of giving.

Luckily, it’s still possible for you and your roommate to pay a similar amount for living expenses while maintaining an atmosphere of sharing.

“If you truly want to live with somebody, and take advantage of what it is to share part of your life with somebody, go for the approach where you each take the same amount of money and put it into a joint account, and use it for all the house expenses,” advised Ariely.

Alternatively, you can each place the same amount of cash in a shared envelope at the beginning of each month. When it’s time to run errands or pay expenses, simply take cash from your shared bucket rather than from your own wallet.

Do this experiment: ask yourself what percent of the chores you do in your apartment, and write it down on a piece of paper. Now, ask your roommate(s) how much work they think they put in. Add up the percentages. Does it exceed 100%?

It almost always does. It’s common for people to overestimate the amount of work they put in relative to others. This is called the self-centered bias, and research shows that it happens not only when living with roommates, but also to students collaborating on a project, players on a sports team, and psychology graduates writing a thesis together (Ross & Sicoly, 1979).

For example, if we empty the dishwasher, we’re prone to see the task as a multi-step process: we unloaded the dishes, organized them correctly in the cabinet, and put new dirty dishes inside the dishwasher. If our roommate takes out the trash, we’re more likely to see this as a one-step task, even though it requires tying up the bag, carrying the heavy bag to the shoot, and replacing the old trash bag with a new one.

If you or your roommate assume that one of you is contributing more than the other, it can lead to resentment and conflict. The best way to counter this inherent bias is to make a cognizant (but casual) effort to describe your contributions from time to time.

For example, make a point of letting your roommate know that you emptied the dishwasher or swept the kitchen. While doing so, explain your process in detail so they can picture the work you put in. This will increase their empathy and appreciation towards your effort, and prevent them from taking your work for granted. Encourage your roommate to do the same to you, so you won’t underestimate their efforts.

It’s all about the little things

At the end of the day, it’s the little things that strengthen your relationship with your roommate. It’s running that extra errand, splitting the cost of your paper towels, and lightly communicating your contributions.

These small actions will go a long way in setting a positive tone for your relationship, and creating a pleasant, livable atmosphere in one of the most important places for our wellbeing and happiness: our home.