If a tree falls in the forest, and you haven’t bragged about the way you fold your socks, are you even a minimalist?

Honestly, it’s hard to believe that a minimalist life is even possible in today’s world of more, more, more. It’s easier and faster than ever to get exactly what you need, and yet, it’s actually trending to own less. Or is it just trending to be on-trend?

What is minimalism anyway? Is it a mindset, aesthetic, or set of ideals designed to optimize your humble brags?

When things become as popular as living minimal has, they tend to get misrepresented – minimalism can’t be reduced to just a hashtag. After a bit of research, we discovered there really is value in a minimalist lifestyle.

Whether you hate minimal living, love it, or are waiting to find out what it actually is, you’re in luck. Even if minimalism isn’t for you, research shows it has some pretty meaningful effects. So, here’s your guide to where the minimalist trend comes from, and the ways it can actually impact your life.

People relate minimalism to art, design, and state of mind, but its origins are elsewhere. To understand what minimalism actually is, rewind back to Japanese rock gardens, created 600 years ago by Zen priests and artists, designed to evoke simplicity and clarity by featuring empty space. 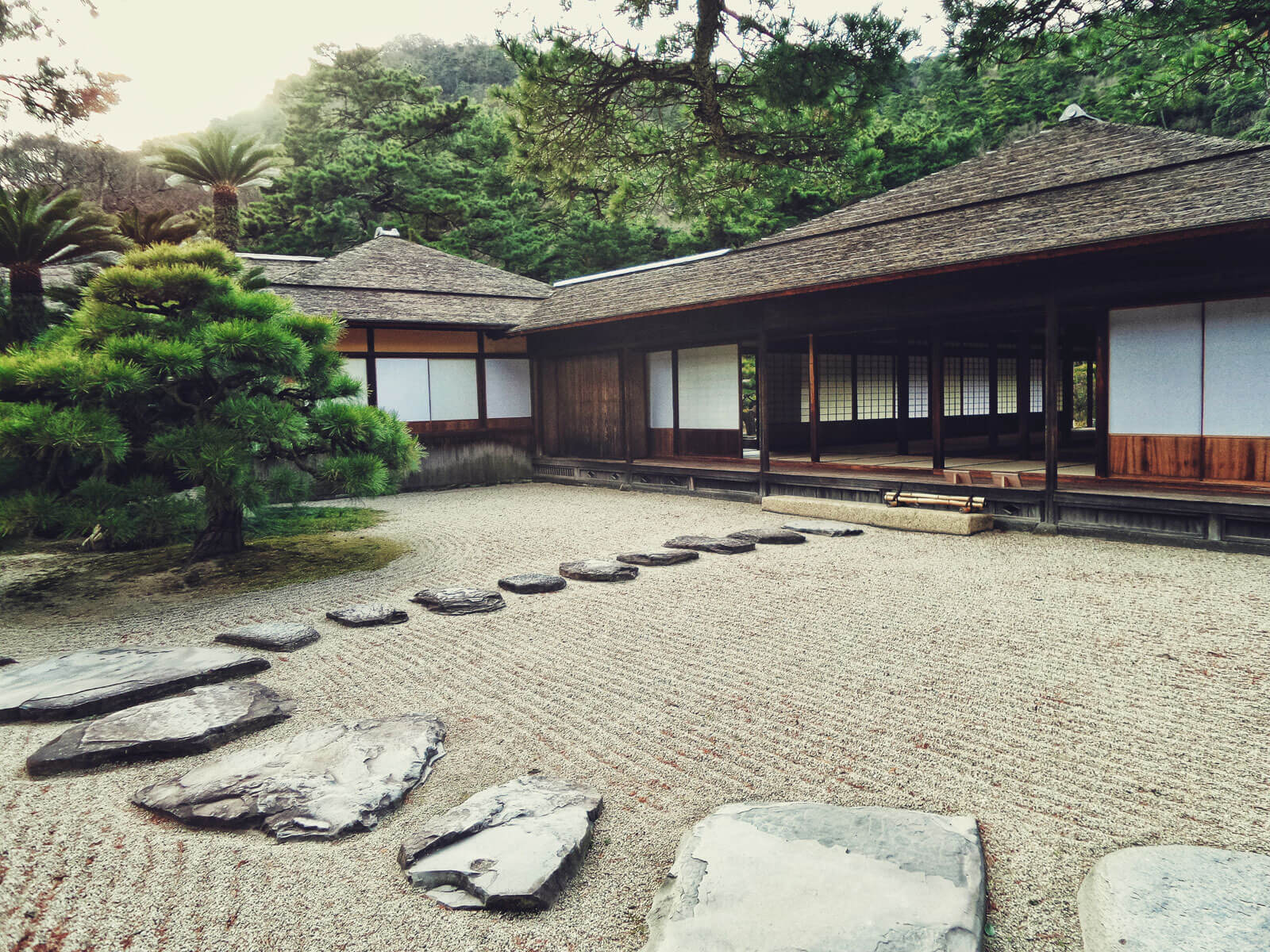 ‘Minimalism’ was only coined in the 20th century as a byproduct of the ‘de Stijl’ style of architecture, which emphasized the idea that less is more, and that beauty can be found in the absence of something else.

What does this have to do with your college roommate posting photos of his white dishes on a white shelf on a white wall? The truth is, a lot of the loudest voices talking about minimalism today are talking about totally different things. But most minimalists agree that it allows a person to become less overwhelmed, and shift their focus to something they’ve intentionally chosen to embrace.

“Minimalism is the intentional promotion of the things we most value, and the removal of anything that distracts us from it.”

Well, if that works, it seems pretty great. But does it?

Nowadays, most approaches to going minimalist are built around the idea that materialism has taken over our daily lives, to our own detriment.

Consider this: Tim Kasser, author of The High Price of Materialism, found that people who believe materialism is important are more likely to:

It makes sense that minimalism has several positive byproducts since those practicing are intentionally trying to be more mindful, but you might be surprised by how broad the impact of a minimalist life can be.

Minimalism can make you happier

Remember that whole concept of clearing out the things that distract from what’s most important to you? Joshua Fields Millburn and Ryan Nicodemus, known as The Minimalists, say it’s not so simple. Following the guidelines of a minimalist life won’t automatically make you happy, but it can help. They say:

“What minimalism can do is strip away the fat and leave you with a newfound financial freedom that you can use for new experiences.”

Minimalism can help you spend less

Buying less saves you money. Duh! If you subscribe to the notion that an abundance of things will distract you from what’s most important, you’re likely to see a serious change in the way you spend.

Cleaning out your personal inventory of stuff also leaves you with the opportunity to sell things, and according to Mia Danielle, a popular Minimalist blogger, your new mindset will influence other ways you spend and result in passive savings. She says:

“You’ll see your financial health improving in more categories than just random shopping. The benefits of minimalism are crystal clear in the land of finances. When you become intentional about your belongings, you’re not buying frivolous junk. When you take on this approach to life (and shopping) you will find yourself the proud owner of more monies in your checking account and less crap in your living room.”

The transition to minimalism is likely to include a major transfer of your junk to a landfill. That’s not great. But once you’ve embraced the minimalist life, you’re more likely to opt for a 4-in-1 blender over a mixer, blender, food processor, and immersion blender.

Dr. Kelly Miller, of Deakin University, suggests that buying less has long term benefits for the earth. She says:

“If we all considered what we really need rather than what we want we would reduce our consumption and we would have a much lower footprint on the earth.”

When you’re conscious of what you consume, you’re less likely to produce waste.

When a minimalist needs to grab a pen to jot something down, they reach for their one pen, and it works. If you imagine all the moments in the day when an absence of clutter can optimize your routines, it’s easy to anticipate reduced stress.

Researchers at UCLA found that a higher volume of items in a household is directly correlated to more stress, so it’s easy to see how decluttering helps you destress and embrace newfound freedom. 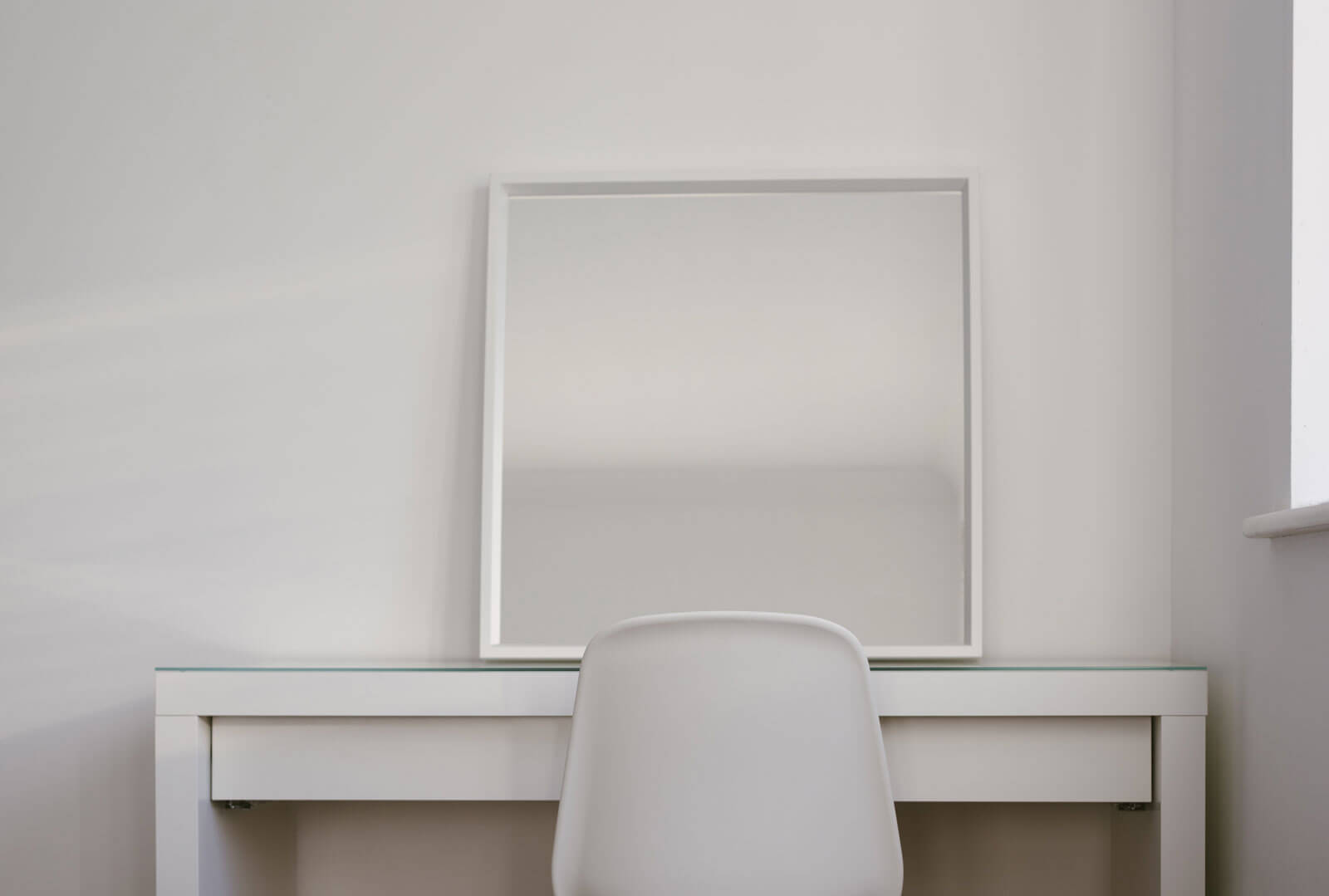 How to embrace minimalism

There are countless blogs, IG accounts, and podcasts detailing different ways to embrace a minimalist lifestyle. Our first tip? Find what works for you.

Some influencers frame minimalism through a series of restrictions, which is a non-starter for many. You may be interested in decluttering your wardrobe, but want to keep a robust library.

Whether you’re most interested in the economic, environmental, or personal benefits of minimalism, we’re willing to bet there’s a minimalist guru who sees things the same way you do.

So as you dip a toe into a more minimal life, take note of what feels good, so you can figure out where you want to go deeper. Pick up some pointers to try out your new mindset:

1. Get rid of your duplicates
Start in your shower… how many bottles of shampoo and body wash do you really need? Your home is full of things you don’t need, so starting by skimming the things you’re sure you won’t miss is an easy dip into minimalism.

2. Shop smarter
According to Joshua Becker, of Becoming Minimalist,

“The pursuit and purchase of physical possessions will never fully satisfy our desire for happiness.”

We know how fun it is to hit the dollar section at Target, but if you want to keep your cart lean to focus on the items that matter most, you’ll have to start omitting the seasonal table decor. Know what you need before you hit the aisles. Browsing is not a friend to this approach, folks.

3. Embrace the capsule wardrobe
According to Forbes, “the average consumer has 120 items of clothing, but 80% go unworn.” If you came across criticism of the minimalist movement as being for privileged people only, this is why.

The idea is that you clean out your closet and replace your wardrobe with 30 staple items that are interchangeable, and simple to handle in the morning. Expensive, but stress-free.

4. Donate your extras
Throwing out your half-empty bottles is one thing, and donating books, clothes, and rarely used kitchen items is another. And it turns out, donating will make you feel good!

Research conducted at the Rush University Medical Center shows that ‘givers’ get a ‘helper’s high’ that has long-term physical and psychological benefits.

If you’re having a hard time identifying the items you don’t need now, but may need later, try packing them in a box and storing them with the date they were put away. If a year goes by and you forget to miss the items, go ahead and donate them. Our friends at the American Red Cross offer a donation pick up for clothes and shoes you’re ready to get rid of – or you can find some local options in your neighborhood.

5. Get socially minimal
While it might not be what the Zen gardeners were thinking as they planted the seeds of the minimalist movement, tidying up your social life has major benefits. Clean out who you follow on social media and limit your exposure to relationships that take away from your wellbeing, both on and offline.

Adopting a full set of new habits is a big undertaking, but embracing minimalism doesn’t need to be hard, especially since the whole point is to simplify your life and help you focus on what matters most to you. Take liberties decluttering the philosophy itself to make minimalism your own.

Arguing About Money? Here’s How To Stop, Science Says

Money is a touchy subject – here’s how to try settling your differences with your partner.