Why is it sometimes so hard to come up with a creative idea?

Looks like we’re not the only ones asking. Google searches for ‘How can I be more creative?’ have increased steadily over the past 10 years, and LinkedIn recently named creativity the #2 most important job skill, behind cloud computing. 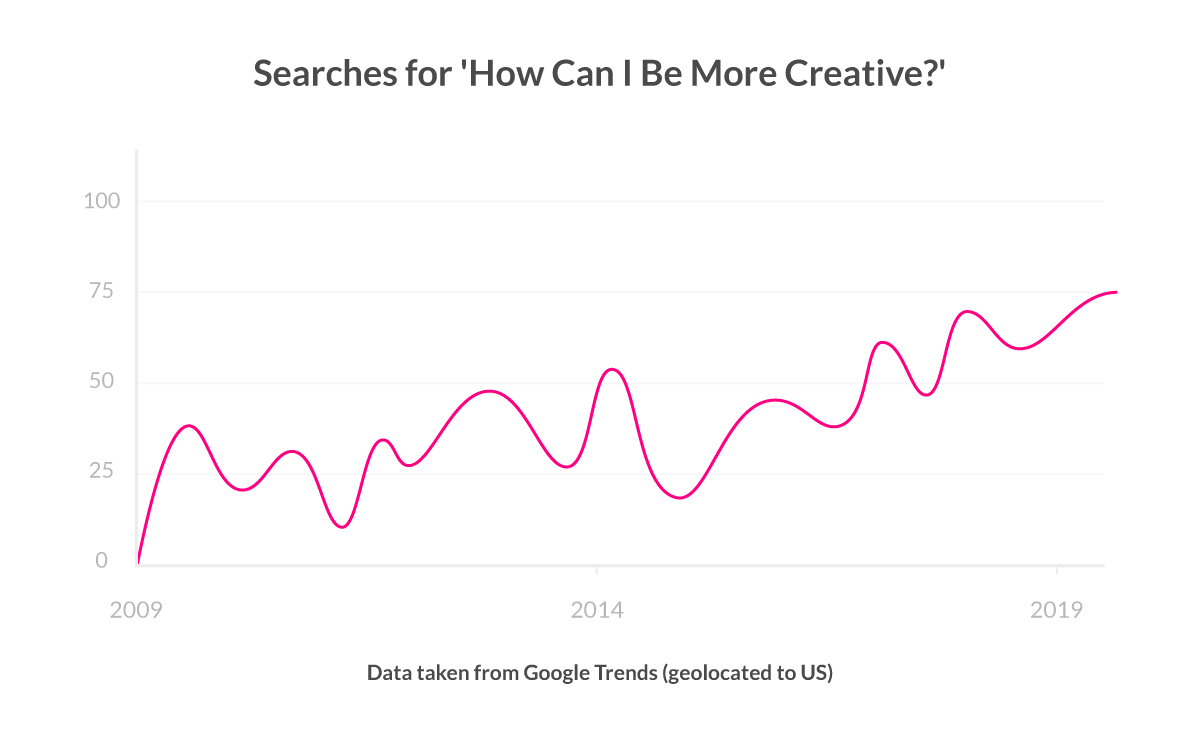 When searching for creativity tips, you’ll come across lots of articles claiming daydreaming, meditation, and relaxation are keys to creative ideation. The traditional thinking goes: If you give your mind space, you’ll dig into your subconscious, and magically pull out something good.

We weren’t convinced, so we sat down with Lemonade co-founder and Chief Lemonade Maker Shai Wininger – a former design lecturer and a product leader – who watched hundreds of students and employees transition from ‘ordinary thinkers’ to ‘creative thinkers,’ just by harnessing the right framework.

He sheds a unique light on driving creativity:

“From my experience, relaxed, unstructured thinking is the last thing you want when trying to spawn a creative idea. Thinking creatively requires a lot of energy – it’s a boxing match between your left and right brain. The left side fights for logic, while the right side wants to lead with emotion, exploring the unknown.”

So how can you get the left and right side of your brain to work together? It doesn’t happen by coincidence; it’s a deliberate action that requires a specific strategy.

One popular belief is that lack of boundaries is the key to creativity – where in fact, it’s quite the opposite.

Unlimited freedom will cause your creative energy to spread too thin, depleting yourself before you reach a substantial breakthrough. Instead, Shai says to limit yourself to more structured thinking:

“Try to constrain yourself with boundaries. Start off by choosing one part of the general problem, even arbitrarily, and point all of your creative energy into that tiny spot.”

Let’s say you’re thinking of a campaign for your artisanal hat business. Choose a boundary – like time of year, target audience, popular theme, and so on.

For example, focus on hats for guys with beards. Putting that constraint on yourself might lead you to think, why only guys? Then, you might come up with a campaign of female hat models with fake birds. Now, that’s something that will surely grab people’s attention.

One of the biggest obstacles to creative thinking is the fear of being rejected. This primal fear drives a lot of our professional insecurities, and often leads people to avoid big, crazy ideas.

Before you embark on a creative journey, Shai advises:

“Make sure you get enough artistic license to feel comfortable pulling out crazy ideas. You won’t be able to come up with good stuff if you keep thinking about what others would think.”

Don’t be afraid to go crazy and think limitless. 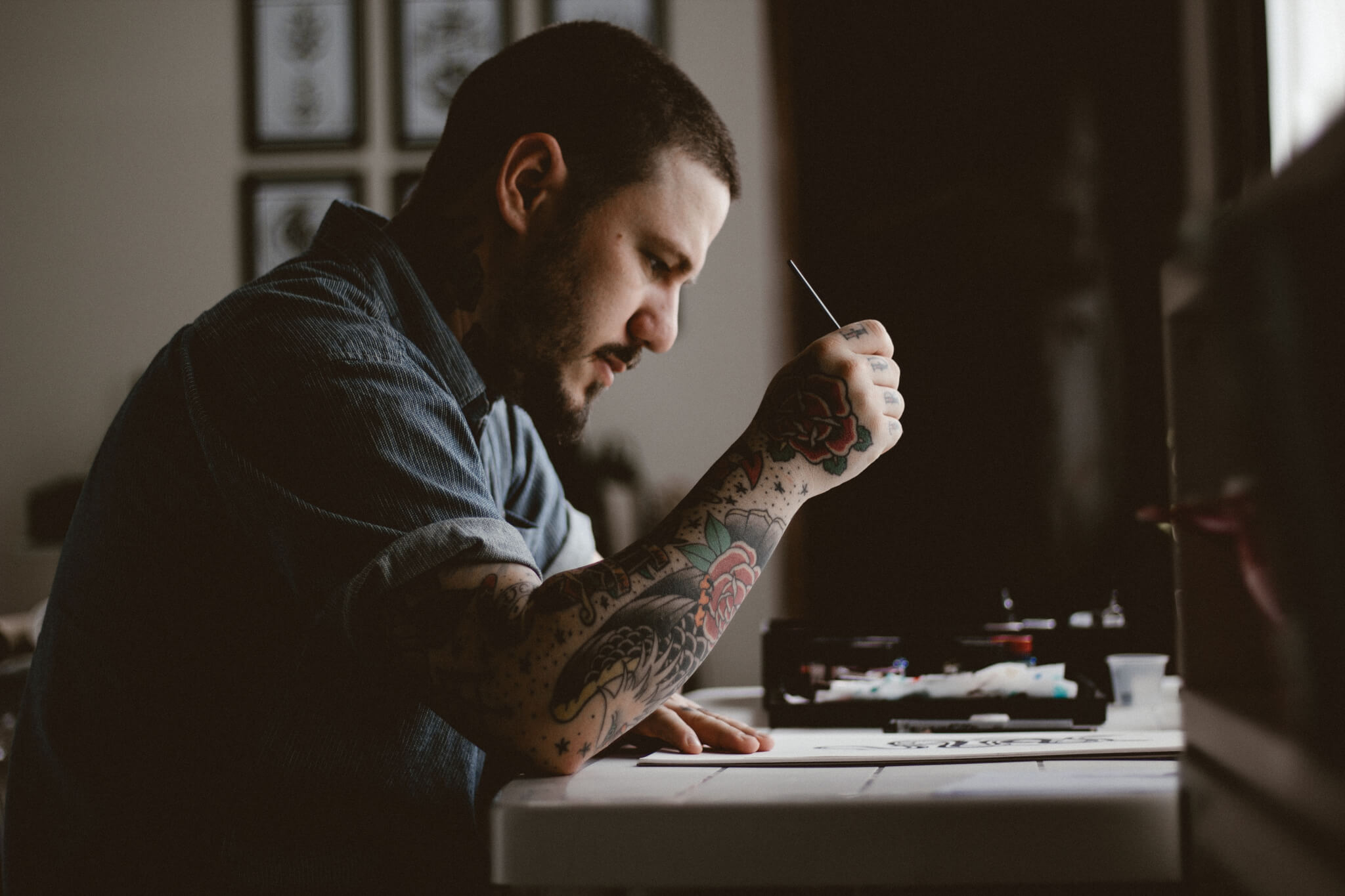 Creativity doesn’t happen in a vacuum. To spawn creativity, you need to set up an environment conducive to creative thinking. Shai advises:

“Figure out what brings out your creative flow. For some, it’s working alone at night, with a glass of red wine in their hand. Others may need an audience.”

While there’s no hard-and-fast rule here, most people need to be in a relatively good mood before sitting down to think creatively. Generally, positive moods enhance creative problem solving.

There are no truly original ideas- if you’re lucky, you might stumble on an original combination of ideas. Shai says:

“The more ingredients you feed your brain, the better the chance of you stumbling upon a great, original blend.”

Where can you find inspiration? Chances are, for any issue you’re tackling, there’s a website dedicated for inspiration. If you’re working on a UX project, start off with Awwwards or CSS Design Awards, or play around with a few products. Here’s a helpful list of creative sites.

Keep in mind there’s a fine line between inspiration and imitation. When looking at other people’s work, remember that the problem they’re trying to solve is much different than yours. You’re just window shopping. 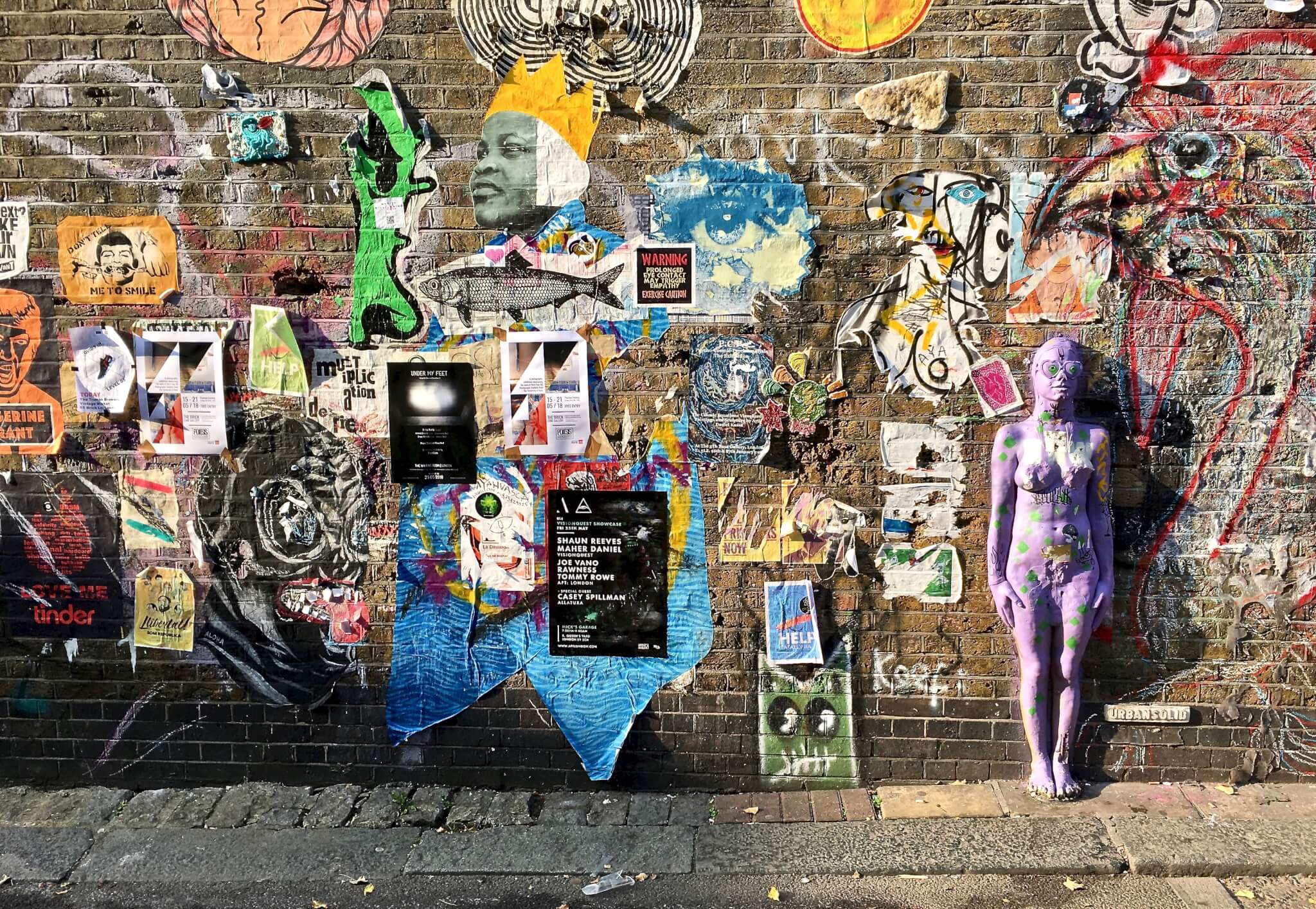 5. Write down your ideas

Pick up a pen and paper, and write your goal in big letters on the first line. This way, you’ll stay focused on your core framework. Then, start writing down ideas, Shai says:

“After you write your first idea down, consider it not good enough. Come up with 20 more, then figure out which one you liked and double down on that one.”

As you write, don’t judge your ideas or write complete sentences – that will only slow you down. Let your writing be your stream of creative consciousness within the framework you created.

Choose one idea that you like, and begin expanding on it. Ask yourself these tough questions:

After expanding on your favorite idea, there’s a good chance it won’t pass these filters. That’s why you should never get too attached to just one idea, so you don’t feel tempted to hold onto it if it isn’t optimal. Don’t be afraid to throw it away and start fresh.

6. Go with the craziest ideas

Creativity requires permission to be open and fearless – not only from others, but from yourself. Once you have permission to think crazy, don’t let the sky be the limit.

Feeling confident is key to creativity. Avoid restrictive thoughts about what’s allowed, and what’s not. And then ultimately, choose the idea that transcends your usual comfort zone. Shai says:

“Your craziest ideas are often your best. Even if it doesn’t work the first time, make sure you continue to push yourself to come up with borderline concepts. Like other things, it’s a muscle that needs flexing.”

Instead, Shai says to hold a focused workshop to pull creativity from your team:

“Find an inspirational setting. Put on some nice music, get the key stakeholders together, and do a long brainstorm session.”

One of the keys to a successful workshop is holding it outside of your office. If you hold a workshop inside your office, it won’t work well. Not only is it full of distractions, but staying in the same environment makes it more difficult to break free from your typical thought patterns.

Another key is fostering a creative environment. Be the first to blurt out an idea that breaks social norms, and be supportive when your coworkers do the same. If you create an environment that supports risk-taking, failure, and freedom of expression, you’ll have greater creative output, according to a study by Harvard Professor Amy Edmondson.

When deciding on the right creative idea, here’s a good filter: if you presented your idea in a corporate boardroom of suits and ties, would you get any weird looks? If the answer is no, you’re probably not thinking creatively enough. As Shai says,

“If you live by everyone’s standards, you won’t break norms. Creativity comes from nonconformers, the people who are breaking the rules.”