If you’re reading this, you probably plan to vote in the upcoming election (kudos!). You also probably know that many Americans don’t.

Just 56% of voting-age Americans hit the polls during the 2016 presidential elections. That means, odds are, for every friend of yours that voted, another one didn’t.

It goes without saying that voting is one of our most fundamental rights as Americans. It’s our way to express our opinion and contribute to the future of the country.

But because of a little thing called the drop-in-the-bucket effect (read: “my vote won’t actually make a difference”), nearly half of us don’t exercise that right.

There are tons of things you can say to your friends and family to persuade them to vote. But turns out, many of those things won’t be very effective (and even may dissuade them from voting).

So, we’re turning to science – more specifically, psychology and behavioral econ – to determine the best way to persuade your friends to vote. By the end of this, you’ll know how to craft the perfect statements to get your friends to exercise their political rights.

“I talked to Jordan, Leah, Hannah, and Danny, and they’re all voting. Are you?”

We all want to fit in – it’s a desire that doesn’t end after high school. One of the biggest findings in behavioral science is that humans are motivated to do what other people around them are doing.

Take this study, where researchers tested five different letters asking participants to vote (ex. ‘It’s your civic duty,’ ‘check out your neighbors’ voting records,’ ‘your records are public,’ etc). What type of messaging was most effective?

Seeing your neighbors’ voting records. Voters who knew their neighbors hit the polls were 8.1% more likely to vote, compared to the control group.

If you tell your friend that your other friends are voting, they’ll be more compelled to vote. It’ll establish that voting is the norm, and is expected in your circle. Yep, science backs FOMO. 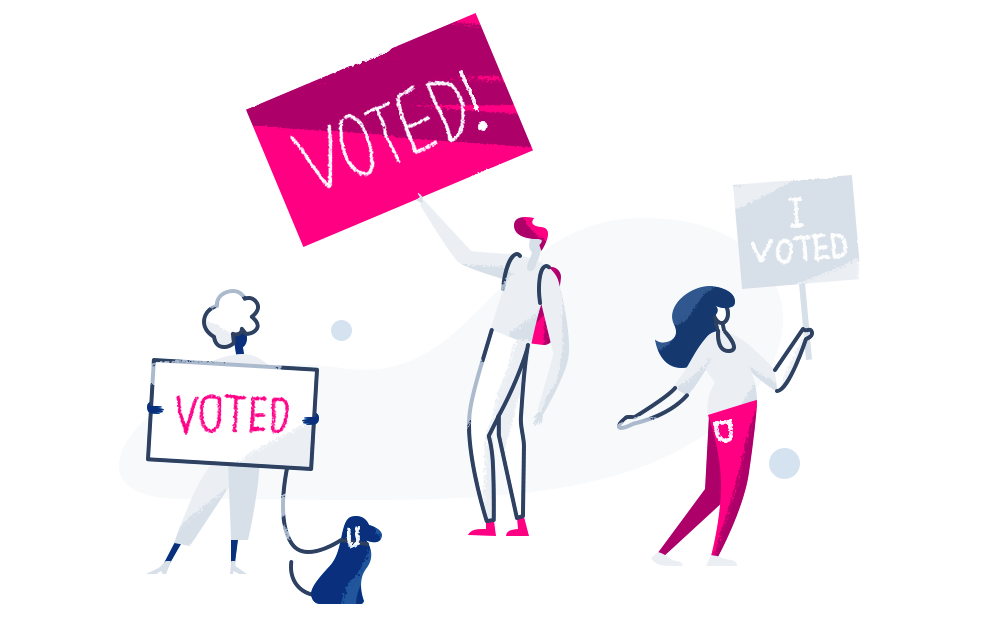 According to behavioral science, the difference between ‘voting’ and being a ‘voter’ is more significant than you’d think.

While ‘voting’ is a one-time action, being a ‘voter’ is an aspect of your identity. It means you’re an upstanding citizen, politically conscious, socially active, or patriotic.

If your friends perceive themselves as any of those things, they’ll want to call themselves a ‘voter.’ They’ll feel compelled to vote so they can align with their identity and avoid cognitive dissonance (read: having inconsistent beliefs).

In fact, researchers found that those who identify as a “voter” are 11% more likely to vote than people who don’t.

“What time are you going to the polls, and how are you getting there?”

Have you ever told yourself, ‘I’m going to exercise more,’ but failed to follow through? Or promised that you’ll budget better, but fell short? This is what’ll probably happen to some of your friends on Election Day – they’ll tell themselves they’ll vote, but won’t actually find the time to make it to the booth. 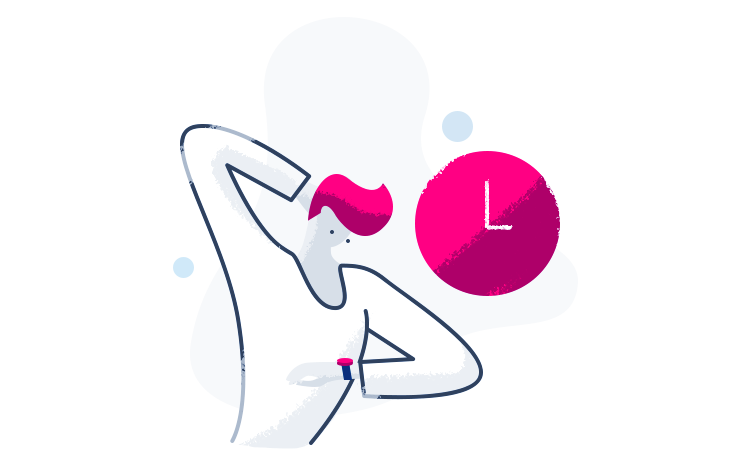 Countless studies have shown that we’re more likely to translate goals into actions if we make a concrete plan. Not only that, but we’re even more likely to follow through with a commitment if we vocalize it to friends or family.

When researchers asked people about their voting plan (aka, when and where they’ll vote), they were twice as likely to vote than those who were simply asked if they were going to vote.

Asking a friend when, where, and how they’ll vote won’t only help them develop a plan, but will also eliminate any excuses for not going. #NoExcuses.

“I’ll text you on election day to see how voting went!”

Voting is cool. Not voting isn’t.

Turns out, several people vote because they want to tell others they voted (whether or not this is a good thing is a different topic). A group of economists tested whether social image is a driving force behind voter turnout, and found that it plays a significant roll.

Another study even found that if you promise to ask a friend if they voted, they’ll be twice as likely to hit the polls.

It all comes down to this: Your friends will want to avoid the shame of admitting they didn’t vote, and feel a sense of pride saying they did.

Right now, your friends are probably being nagged by mass emails, spammy Facebook posts, and their parents to vote. But truth is, no one is as influential as you.

Why? Studies show that most of us listen to our friends more than we’ll listen to anyone else (sorry, mom).

Taking two minutes to get your friends to vote is more than a good deed. It’s a way for you to transcend your own rights, and inspire others to stand up for what they believe in (whether it’s gun control or environmentalism) and embrace their fundamental freedom.

Why Lemonade Won’t Invest In Coal

Insurance companies shouldn’t fund the very harms they’re meant to protect against. And for those in our industry who underwrite polluting projects – like coal power plants or tar sands mining – we have a simple ask: please don’t.