As though timed to perfection, GEICO’s launch of their “Lemonade” TV commercial coincided with Lemonade’s commercial launch. 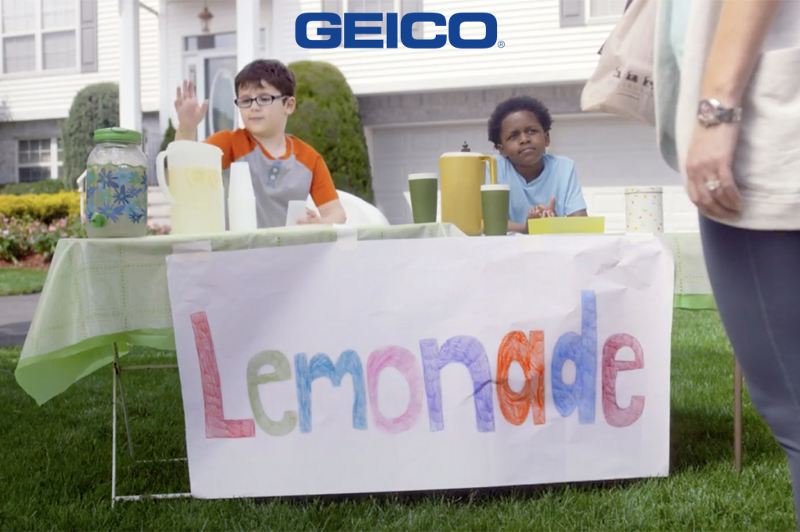 Either the gods were conspiring against us, we thought, or the execs at GEICO were. We chalked that one up to the gods. After all, the agenda of big GEICO couldn’t possibly be dictated by a little Lemonade, right?

No sooner had we made our peace with the commercial, than GEICO started using lemonade to market to millennials, our core demographic. 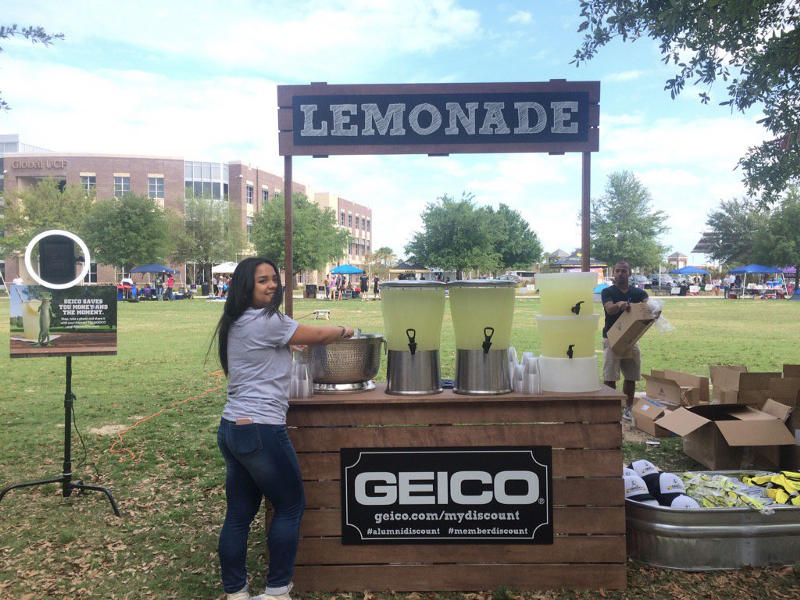 Once again, we figured this was a chance encounter. After all, who doesn’t like a little lemonade, right?

Then GEICO introduced ‘Kate’, their attempt at a chatbot. 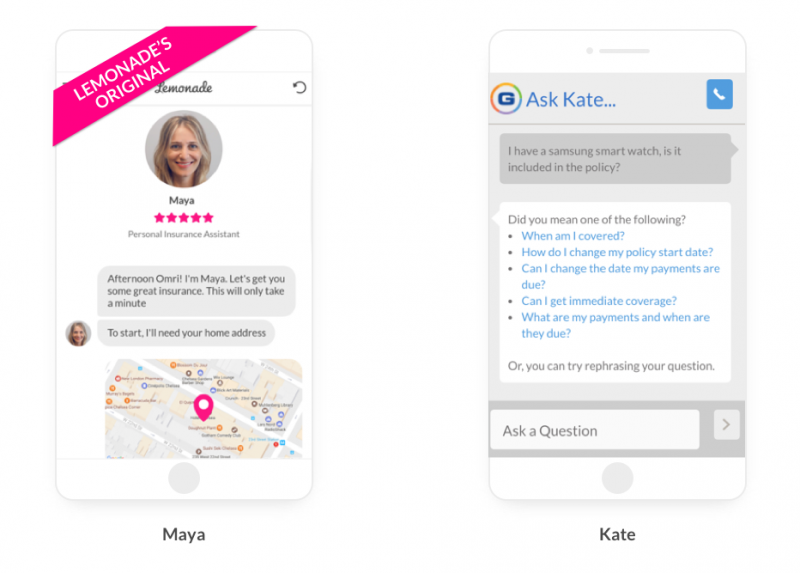 There was no question that Maya ‘wore it better,’ but we did start to question our ‘it’s all a coincidence’ theory.  Savvy observers dismissed that theory outright: 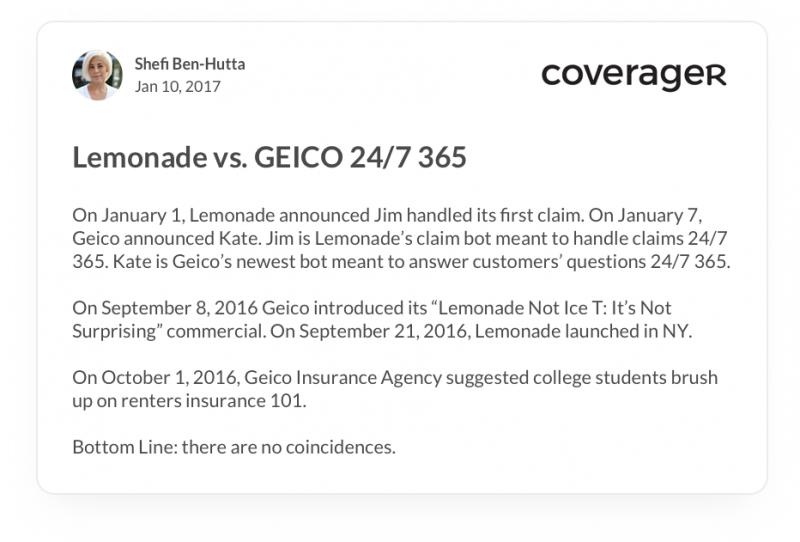 I guess it wouldn’t be shocking if a company that spends billions on the promise that “15 minutes could save you 15%,” would take notice when consumers tweet about saving 75% relative to them and doing so “in less than 2 minutes:”

But despite putting in a good effort, GEICO is not our #1 doppelganger this year.

State Farm also didn’t make the cut, but they too deserve an honorable mention. Lemonade is a B-Corp, giving underwriting profits to nonprofits. While State Farm has always been a very philanthropic company, it was curious to see them shifting their TV commercials to emphasize social impact after Lemonade’s launch. Coincidence? AdvertisingAge thought not: 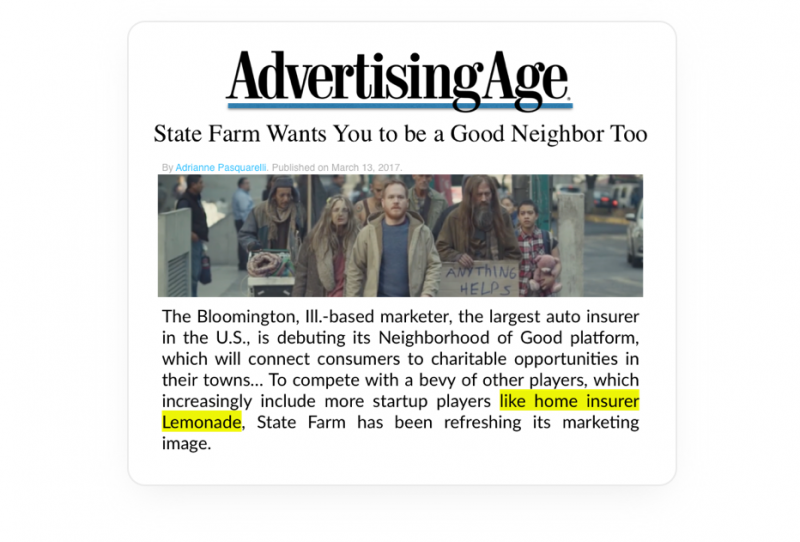 In another campaign, State Farm sent out postcards urging people to “compare apples to apples” so as not to “get stuck with a lemon!” 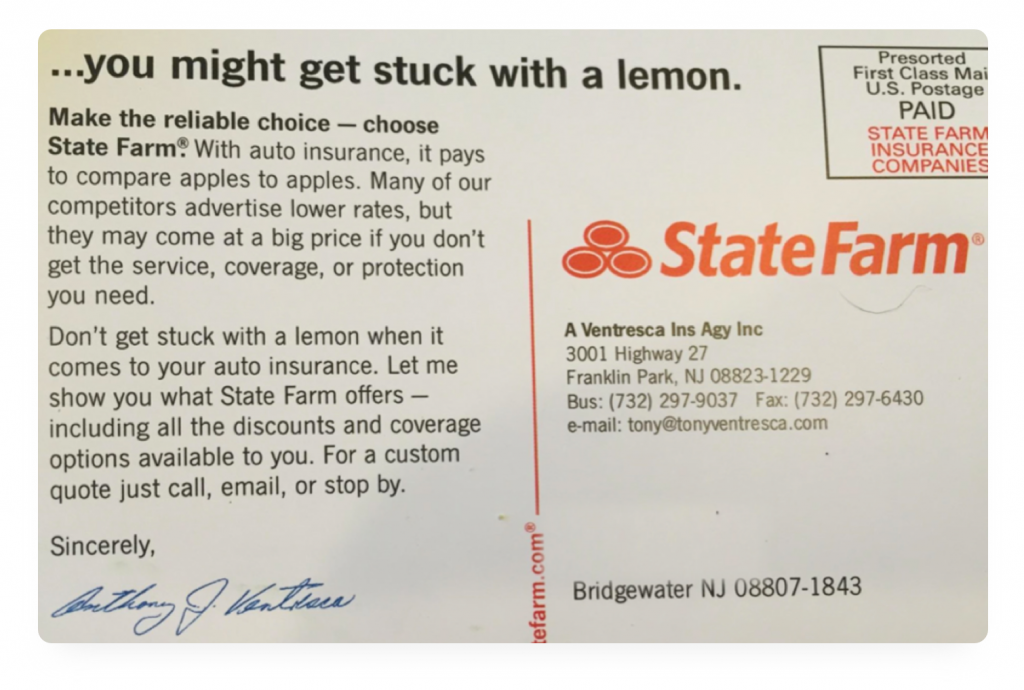 A fluke? Perhaps. But while some of the lemonade-esque displays may be mere chance, others – as we’re about to see – clearly aren’t.

At the end of the day, our search for the ‘#1 Lemonade-Copycat’ produced a clear winner: Liberty Mutual.

They earned the title for “Lulo,” their new brand – and total Lemonade knockoff – tasked with talking renters insurance to millennials. 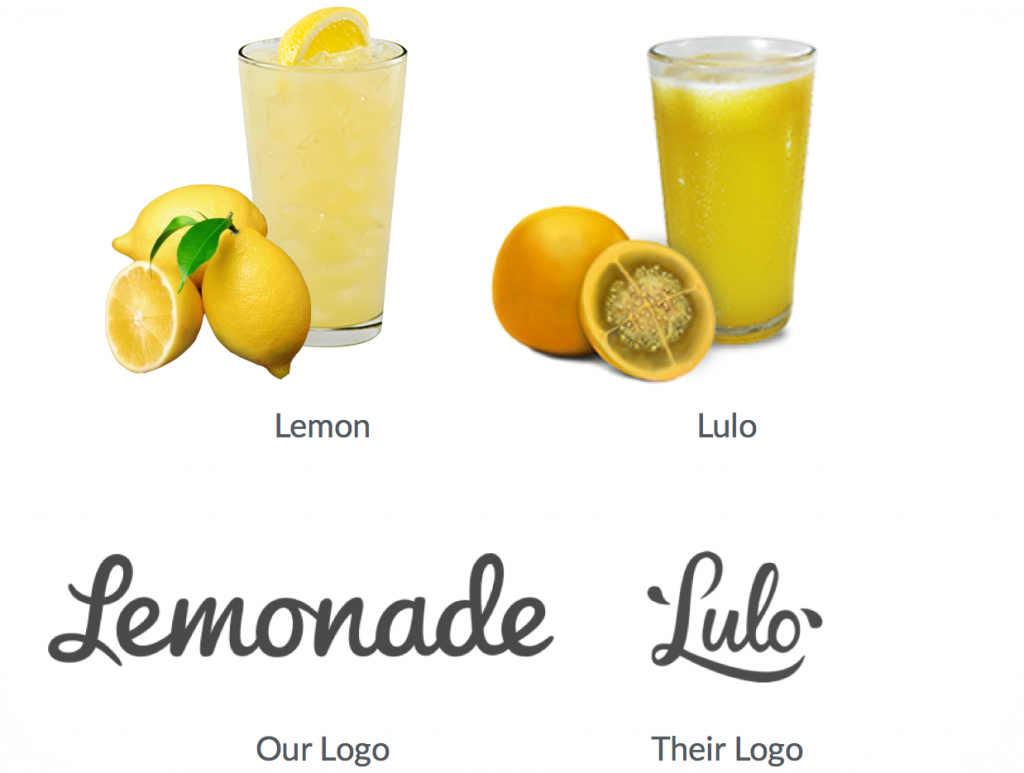 A citrusy fruit for a name, a look-alike logo, paraphrased content, copycat pricing. I mean, we’re flattered and all, but take a look at the logos above and screenshots below.

Isn’t this a little embarrassing for you guys? 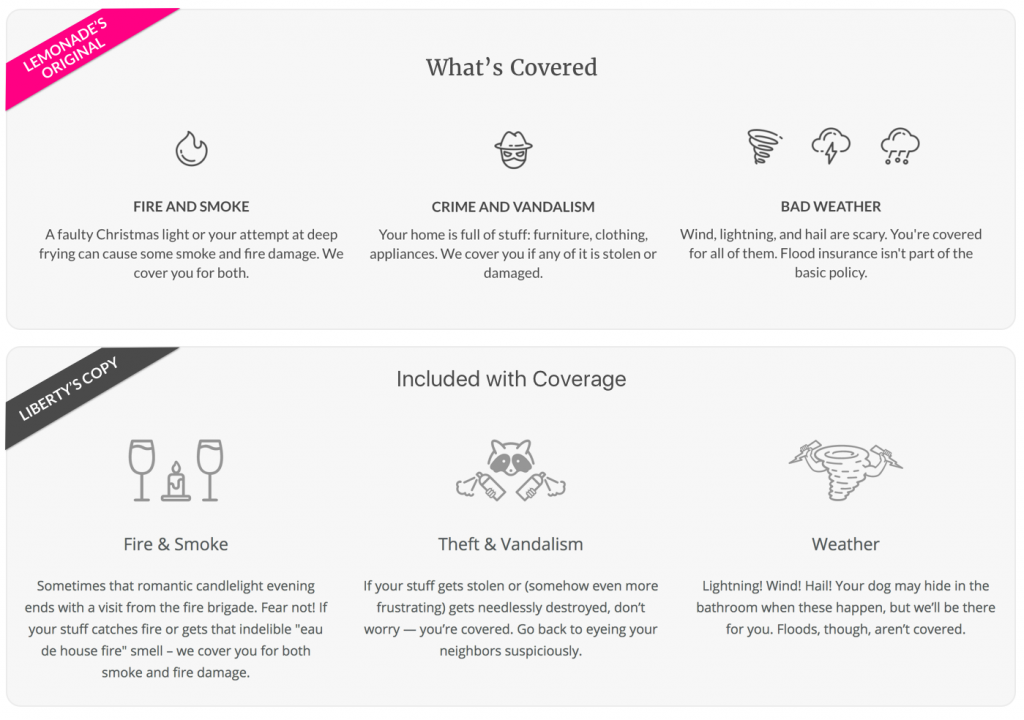 If you didn’t already, take a minute to play ‘spot the difference’; it’ll bring a smile to your face (or at least a grimace).

This is not an apple

Don’t get me wrong. The idea that Lemonade might trigger incumbents to up their game thrills us. Allstate’s leadership were shown the video of Lemonade paying a claim in 3 seconds, and were told that this set a new bar for the industry. We love that and respect them for it. If we play even a modest role in encouraging others to increase innovation, reduce conflicts of interest, expedite claims, up transparency, or give back to the community, we couldn’t be happier.

It isn’t that copycats are a threat either. If ‘cloning’ Lemonade is their strategy for competing with us, that means we get to play to our strengths, while they’re stuck playing catch-up. That works for us.

And yet, I wince at blatant attempts to mimic Lemonade.  It’s like the feeling you get when your parents try to use contemporary slang with your friends. You shift uncomfortably, look at your feet, and pray it will stop.

Back in the 1980’s an established computer company, ‘Applied Computer Techniques,’ wanted to crush a young upstart called ‘Apple.’

So they renamed their computer Apricot:

The flaw in their thinking is obvious. Apple’s name was the outermost expression of a profoundly different kind of company. Apple was ‘thinking different,’ and their name was an authentic expression of that. Rebranding ‘Applied Computer Techniques’ as ‘Apricot’ isn’t thinking different. It’s a transparent attempt to parrot someone else, the textbook definition of thinking the same. Apricot’s copying was the antithesis of Apple’s innovation. Consumers can spot the difference between an Apple and an Apricot a mile off.

You get the analogy.

Our competitors are distinguished companies, with a rich heritage, good people, and mountains of cash. If they dedicate these to authentic innovation, consumers will reward them for it. If they don’t, they won’t.

Copying Lemonade is fair game, I’ll give them that. But it isn’t the smart play.

It’s the craziest thing: in the State of New York, Lemonade appears to have overtaken Allstate, GEICO, Liberty Mutual, State Farm and the others in what is probably the single most critical market share metric of all.