Would you rather sit alone and feel bored for 15 minutes, or give yourself an electric shock?

Turns out, most people would prefer the shocks, according to a study conducted at the University of Virginia.

Many of us avoid being bored at all costs – it can feel unproductive, uninteresting, and quite frankly, lame. In a world where being busy is a status symbol and many of us are addicted to our phones, society has become excellent at erasing boredom from our lives. 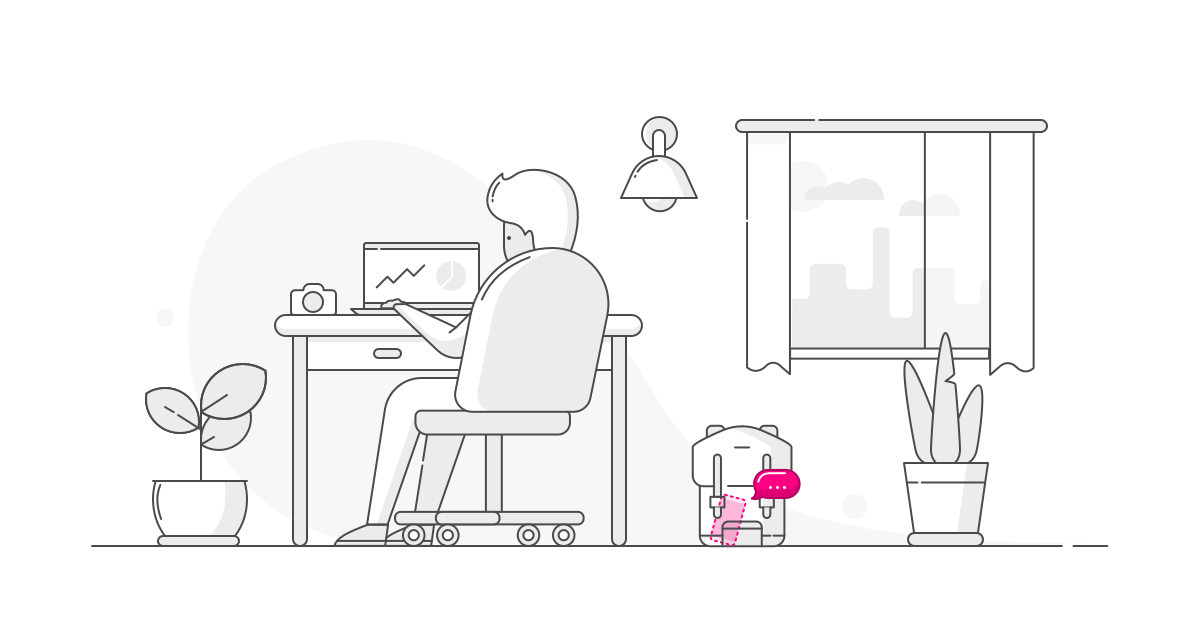 In fact, 77% of smartphone users turn to their phones to avoid being bored, according to Pew Research Center.

But it hasn’t always been this way. For the majority of human existence, the average person had large bouts of solitude and boredom every day. Now that we don’t, are we missing out on an activity (or lack thereof) that’s good for us?

Science says yes: Occasional boredom is good for you.

The scientific benefits of being bored

Let’s take a step back: What’s boredom, exactly? It’s the process of trying, but failing to find stimulation. It’s not the same thing as relaxation, which is designed to get rid of stimulation altogether.

Boredom forces your brain to search for its own stimulation and let your mind wander. It gives you a chance to imagine, reflect on the past, and think about the future.

Why is that good?

First off, it isn’t sustainable to actively think all the time, and switch off between working, socializing, and consuming content. After a certain point, more input will mean less value.

That’s why boredom can help you be more productive. If you give your mind time to wander, it’ll help you stay focused when you really need to. It also gives you the time and space to process the information thrown at you all day, says Cal Newport, professor at Georgetown University:

“If you’re exposing yourself to interesting information, but don’t process it and be alone with your thoughts, you’re probably extracting just a small fraction of the potential value.”

“The tendency to consider the future during mind-wandering is associated with the development of personal goals, making them more concrete”

Having the mental space to plan for future goals plays an important role in things like budgeting, planning, and long-term decision making. And when our heads are buried in our phones, we don’t allow ourselves that space.

Being bored in the ‘always on’ age

But the thing is, mind wandering doesn’t just happen. As silly as it sounds, you need to be purposeful about setting aside time to let your mind wander, especially in our hyper-connected world.

Boredom and mind wandering is like a muscle – as Manoush Zomorodi, author of Bored and Brilliant, says:

“Being bored feels super uncomfortable if you’re not used to it, like going to the gym. It really hurts at first. But then you start going a few times a week, and it gets easier. Maybe you get the little high, and it just suddenly becomes part of your life.”

But if you barely have time to run errands, how can you possible carve out time to do nothing?

It’s easier than it sounds. There are a few simple, specific things you can do in your daily hustle to boost boredom. Here are 5 hacks:

1. Put your phone down when you’re on the move

Put your phone away when commuting to work. Instead of scrolling on Instagram or checking email, look out the window and let your mind wander.

Our constant connectivity is one of our biggest obstacles to boredom. Since many of us have substituted mindless breaks with mindless scrolls, we have less opportunity to be still and think. As Olga Mecking recently wrote in The New York Times:

“The smartphone you carry with you at all hours makes it almost impossible to truly unplug and embrace idleness. And by keeping ourselves busy at all times, we may be losing our ability to sit still because our brains are actually being rewired.”

In fact, when Manoush Zomorodi ran a boredom experiment with 20,000 of her podcast listeners, 88% of them said putting their phone down while in transit helped them clear their minds. So much so, they all planned to continue this habit after the experiment was over.

2. Listen to music on your couch (phone-free)

The next time you have a few spare minutes at home, lie on your couch and listen to some music (we recommend this album).

If you’re too antsy to sit still, play with kinetic sand, Baoding balls, marble runs, or any other oddly satisfying toy to help keep your body busy as you let your mind wander.

With the modern-day frenzy of open offices, collaboration, and constant connection, many of us have put solitude on the backburner. That’s why actively seeking out time alone is more important than ever.

Sitting alone and thinking will help you give ear to your inner thoughts. And listening to music will help make it that much more enjoyable without distracting you, boosting the chances you’ll do it again. 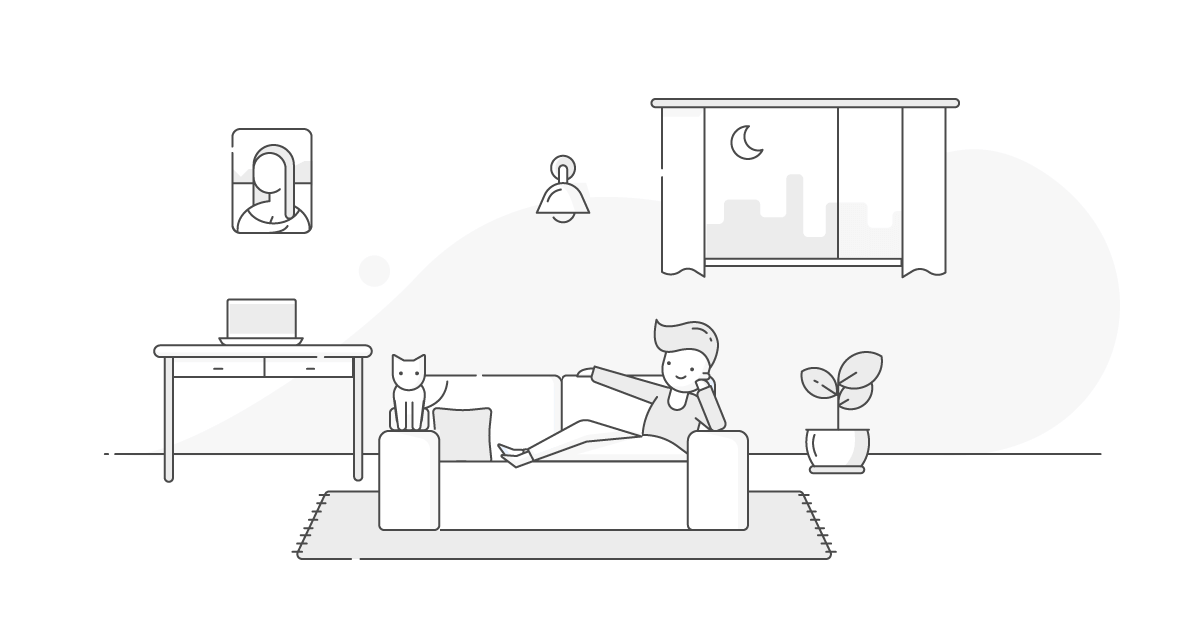 3. Go on a solo walk to grab your lunch

During your lunch break, walk alone to grab lunch and bring it to your office.

Taking a walk helps clear your brain.  Like showering, it distracts your focused attention and relaxes you, allowing for the free-flow of information from your subconscious mind.

“The outside silence opens the doors of the inner silence.” – Bhuddist monk Matthieu Richard

Not only that, but removing yourself from both social distractions and your typical work environment will help you develop a unique thought process. In other words, surrounding yourself with new stimuli will help you make new connections, and prevent you from getting stuck in your regular, everyday thought patterns.

4. Do your chores alone, with no background noise

Fold your laundry, wash your dishes, and sweep your floor in silence – no podcasts, no background music.

Chores are already boring, so why not embrace that boredom and make it productive?

Since doing the dishes and sweeping the floor are probably a part of your daily life, there’s no need to alter your schedule to let your mind wander. Simply doing chores in silence will your give your mind space and time to daydream while your muscle memory is at work.

5. Schedule alone time in your calendar

Create a calendar event for 10 minutes of ‘boredom’ time a few times a week.

This one sounds silly, we know. But setting a specific, regular time for an activity is one of the powerful strategies of habit formation, since scheduling makes us far more likely to convert an activity into a habit.

Why? Habits grow strongest and fastest when they’re repeated in predictable ways, and scheduling the event in your calendar will help lock you into doing it, and also minimizes your decision-making when it comes to when, where, and how you’ll set up time for boredom.

The truth is, it’s tough to adapt to this new mentality and set aside time for idleness, especially in our hustle-and-bustle world. Learning a new skill takes time and effort, so don’t get discouraged if you don’t catch on immediately to the perks of doing nothing.

Soon enough, you just might come to appreciate the feeling of doing nothing; aside from helping you be more productive and think about the future, it will also give you a much-needed thinking break from our hyper-connected world.

5 Ways to Create a Healthier Relationship With Your Phone

With these 5 scientific tricks, creating distance from your phone will be easier than you think.

Lemonade is Expanding Across the United States

The overwhelming support we’ve been getting from people all over the country asking us to launch in their state energized us to push our expansion plans, so thanks folks!