It was December 23rd at 5:43pm when he entered the details of his Canada Goose Langford Parka in his Lemonade app: it had cost $979, and was bought at Saks Fifth Avenue. Sending a tweet would have required more taps…

He then spoke into the camera and described what happened (that took 61 seconds) and at 5:49 and 7 seconds he hit ‘Submit.’

The process up to that point had taken only a few minutes and zero paperwork. That’s unheard of for an insurance claim. But what happened in the next 3 seconds sets a World Record: his claim was paid. 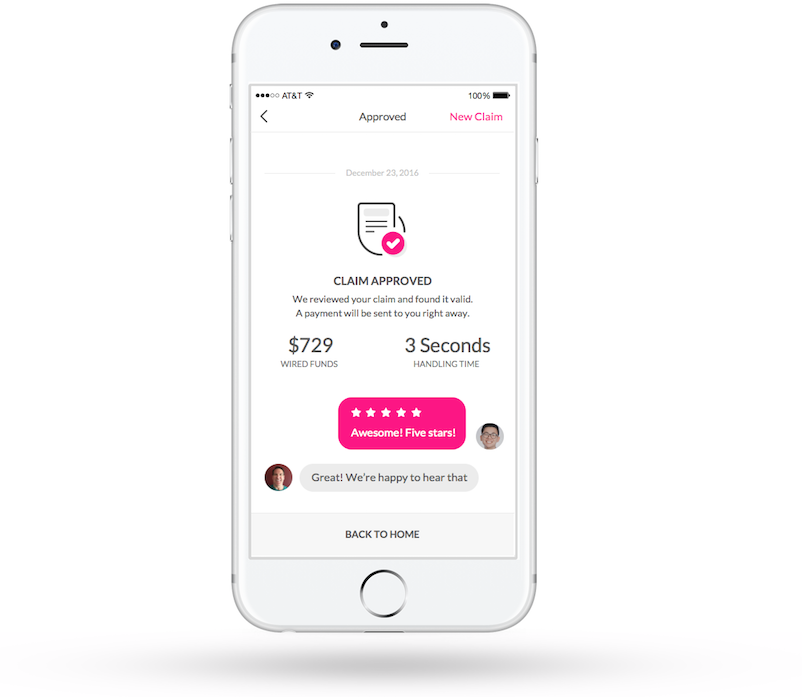 Between 5:49:07 and 5:49:10, A.I. Jim, Lemonade’s claims bot, reviewed Brandon’s claim, cross-referenced it against his policy, ran 18 anti-fraud algorithms on it, approved it, sent wiring instructions to the bank for the transfer of $729 (Brandon has a $250 deductible), and informed Brandon of the good news.

3 seconds: it took you longer to read the previous sentence.

Brandon gave A.I Jim a 5 star rating, and sent me this lovely note:

“I was shocked by how easy the process has been with Lemonade. I signed up for Lemonade because it was no frills, the most affordable option, and took no more than two minutes on my couch…I already assumed there was no way that I’d recover my losses: other insurers either pile paperwork or deduct tons of charges that I don’t understand. But this time was different. I signed an honesty pledge, answered a few questions, and Lemonade reimbursed me in a matter of seconds! The service is amazing and I am so happy that I signed up!”

The Guinness Book of World Records told us that no international standards exist for measuring the ‘payment of insurance claims,’ and so they’re unable to record this Record. Yet from all we can gather, in the 3,000 year history of insurance nothing like this has ever happened in 3 seconds.

So we’re claiming the title.

You’d have thought such record-setting service comes at a premium. It doesn’t. Lemonade renters insurance costs Brandon $5 per month. Equivalent coverage from legacy insurers would probably have cost him dramatically more. 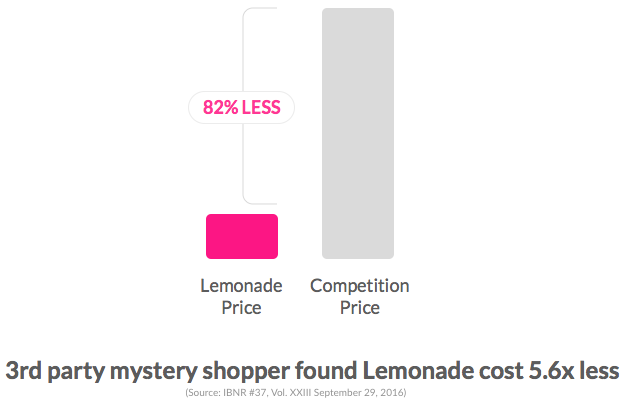 [How are Lemonade’s prices so low? Read how we use bots instead of brokers and algorithms instead of paperwork.]

You see, A.I. Jim works at the speed of light, 24/7, but costs only a few pennies in electricity bills. It’s one of those rare cases where the best service comes with the best price tag.

A.I. Jim is the digital incarnation of Jim Hageman, our Chief Claims Officer. At the time A.I. Jim was approving Brandon’s claim, real Jim was on a lonely highway between Syracuse and Albany, on his way home for the Christmas weekend. Real Jim is by far the more experienced claims officer; his alter-ego, on the other hand, is never off the grid, and can handle billions of operations in one second. They make a formidable team.

A.I. Jim is still learning, and he often escalates claims to real Jim. That’s why not all Lemonade claims are settled instantly. But while others count the time it takes them to pay claims in days or weeks, we count the milliseconds.

So today A.I. Jim claims the title, and the number to beat is now 3 seconds (or 3,000 milliseconds). We hope others will rise to challenge his Claims Title. It would do our industry a world of good. 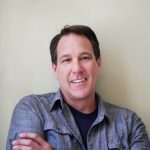