It’s been a hectic four months since our last Transparency Chronicle – Lemonade’s H1 Underwriting Report – during which we launched major products, new geographies, and took a stand on gun violence.

With Thanksgiving ‘round the corner, I want to reflect on how these milestones have been received, and share what we, Team Lemonade, are thankful for.

1. The exponential power of technology

Our Live Policy rolled out in August, allowing members to change or update their policy coverage instantly, and with zero hassle.

Its impact? Well, nearly a quarter of Lemonaders have already used it to update their policy! That’s many thousands of people who bypassed the insurance maze simply by tapping on their app.

The Lemonade Live Policy highlights one thing we’re thankful for: the power of technology to lower costs while raising the bar. It’s amazing what you can do when you replace brokers with bots…

Zero Everything launched in September, and we think it’s a game-changer.

When your $1,000 laptop is stolen, you expect your insurance to cough up $1,000. But that’s not what happens. First, they knock off $500 for the insurance deductible, then they hike your rates, and then the paperwork begins. It drives people crazy.

It’s not malicious, mind you. Big insurers hate ‘nuisance claims’ (their term for your filched laptop) for good reason: it can cost them more in paperwork than the amount you’re claiming! Given how their bureaucracy functions, deductibles and rate hikes are perfectly ‘rational.’

That’s where A.I. Jim, our claims bot, changes the game. A.I. Jim loves small claims. He can settle them on the spot, with zero hassle and at no extra cost. So if you opt for Zero Everything, you get 1 dollar for every 1 dollar lost: full replacement value, zero deductible, and no rate hikes. 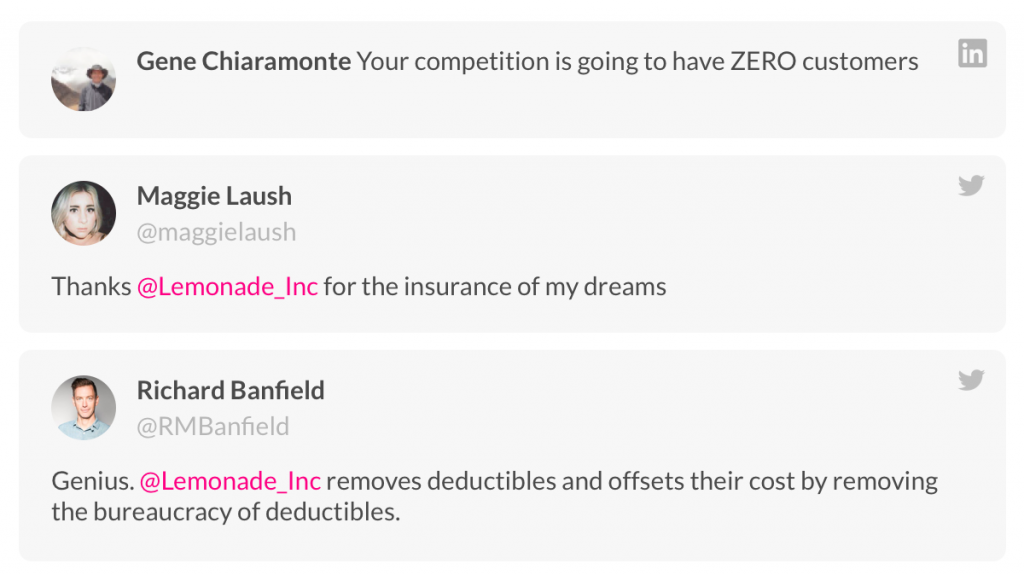 Interestingly, the adoption of Zero Everything in Texas was twice as high as in California, which was 50% higher than Illinois! Curious.

Zero Everything highlights the second thing we’re thankful for: controlling our own destiny. We have ambitious plans for changing the underlying insurance product, and we couldn’t do that if we were just a broker. Innovations like Zero Everything require breakthrough tech, sure, but they’d be impossible without also controlling our own underwriting, claims, and regulatory relations. To truly remake insurance, you need to be a full stack insurance company, and a technology company. Neither one, on its own, will cut it.

Building everything from scratch was the ‘long short way,’ but we’re thankful we took it!

The Lemonade API launched in October on Product Hunt, and opened Lemonade to the world. There’s this magical alignment of interests that happens when you open up to the community: new revenue potential for the host platform, and a quicker and cheaper way to launch new products to market. Plus, it just makes sense when you’re a tech company.

The reception? Over 400 businesses applied for early access to our API in the first 24 hours! Here’s a breakdown of who registered: 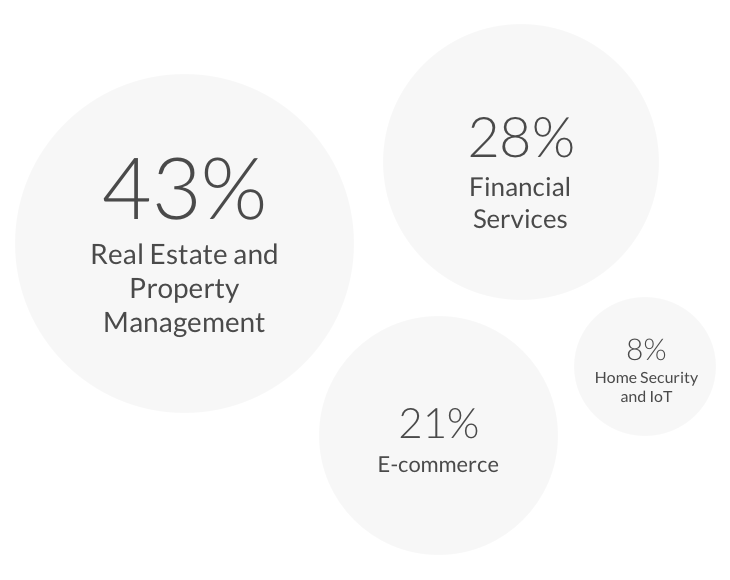 APIs create a common language among tech-enabled companies across diverse industries. It means our bots can replicate endlessly and appear concurrently through a gazillion websites and apps. We think that’s something to be thankful for!

In October we took a stand on guns, and it was truly meaningful for us. We decided to limit the coverage on guns, and announced we would work to exclude coverage for assault weapons, and condition coverage on owners storing and using their firearm responsibly.

Before publishing the post, Shai and I discussed the topic at length, and solicited feedback from our team and investors (a group with diverse political affiliations and views on gun rights). No one knew whether taking a stand would be a smart business move – but everyone thought it was the right thing to do. So we did it.

Lemonade is a B-Corp, and trying to do the ‘right thing’ is an important part of our culture. We sincerely believe insurance can regain its stature as a force for social good. We also believe in being bold and transparent – even at the risk of backlash.

To our thinking, we don’t deserve to be a standout company if we’re not willing to stand out

More than 85,000 people have read the post so far, and my LinkedIn page and Lemonade’s Facebook page became lightning rods for some of the more extreme comments.

Many surmised I don’t know the first thing about guns (for better, or worse, I do). Others decided I’m a communist, or a pacifist, or a jerk, or that I don’t understand the need for US citizens to protect themselves by force from their tyrannical government (I’ll cop to that one). 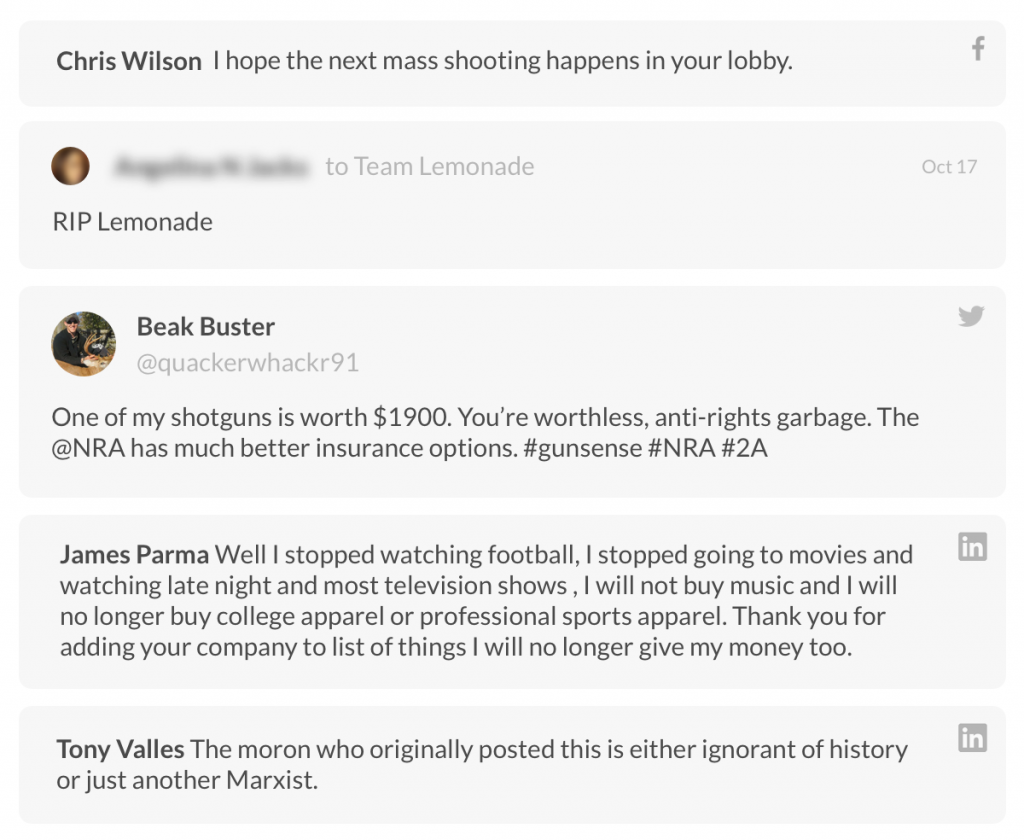 But for every one negative comment, the post received 5 likes; and many, many members of our community took a stand with us. Here are some emails we received: 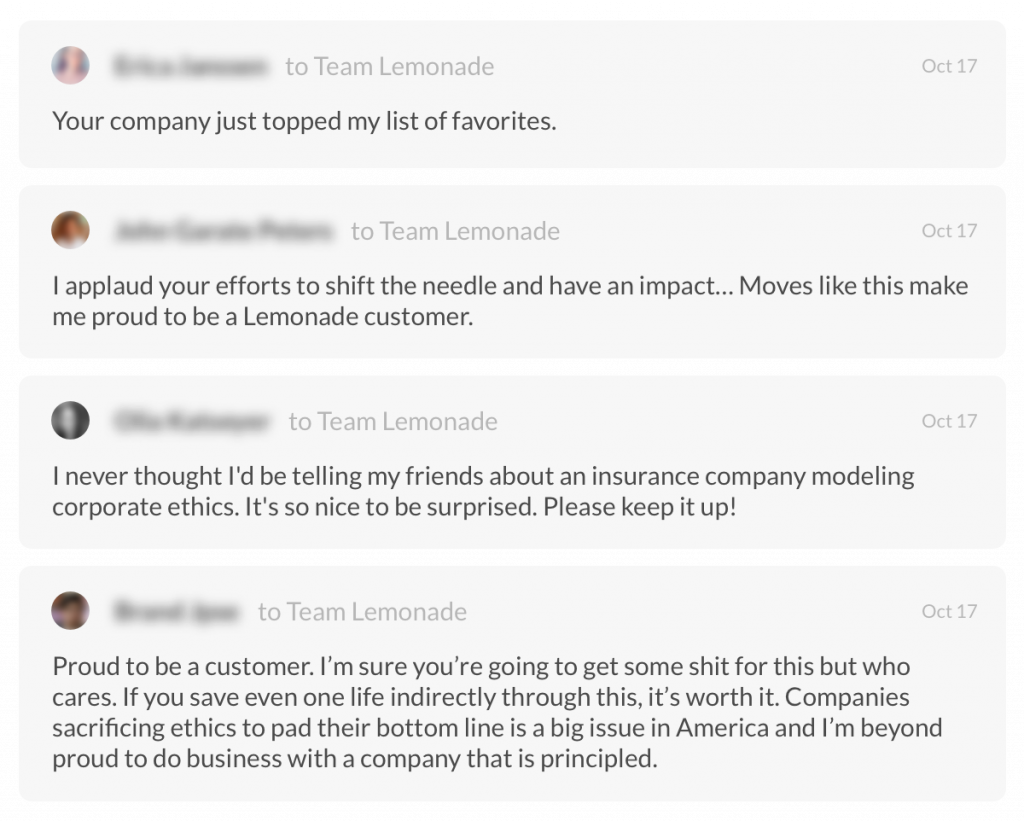 Interestingly, Facebook and LinkedIn comments skewed negative, while Twitter and replies to our email were overwhelmingly positive. Reddit attracted the most dynamic debate, and was our biggest source of traffic that day.

An intriguing metric from the first 24 hours after posting: there was an almost 8% increase in male traffic, but a 4% drop in purchases by men, while the numbers for women were the mirror image of that: 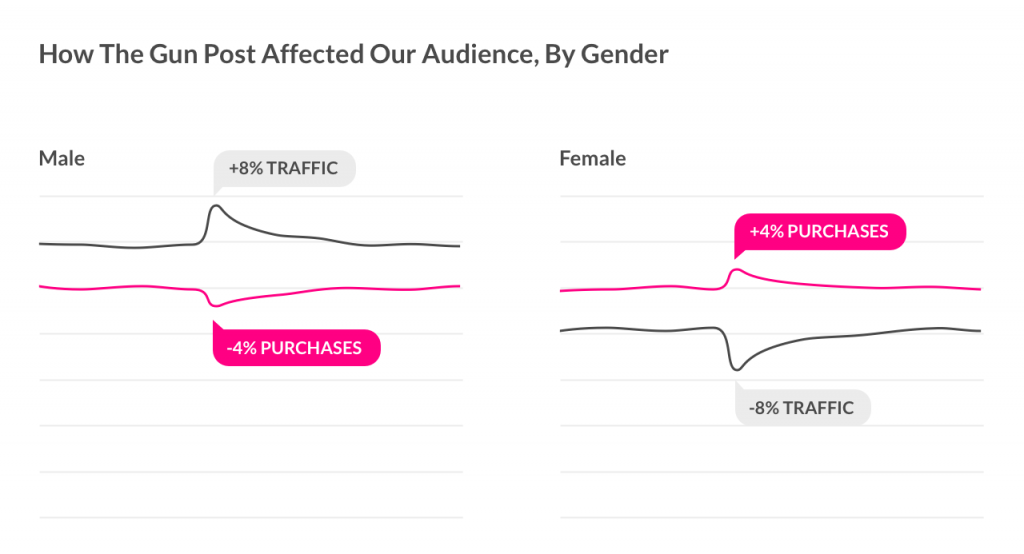 And the business impact? We had 20 customers cancel their policy in protest (less than 0.05%), and we didn’t see a slow in sales. We’re really thankful for that!

In November, we launched in Nevada, bringing the number of states we’re live in to seven (we’re now licensed in 22, so more coming soon!). 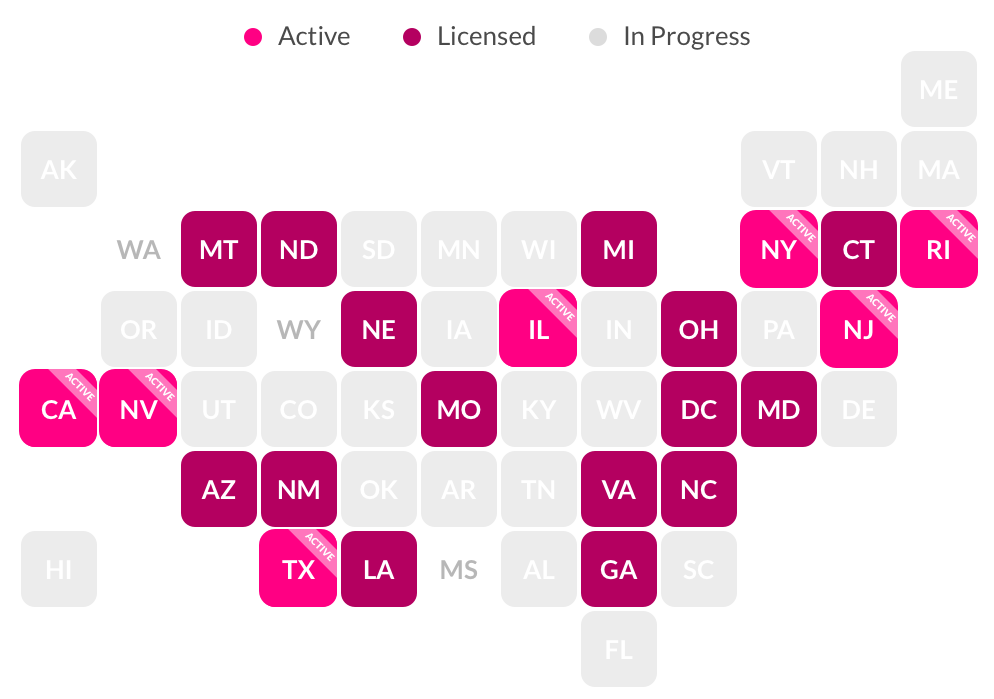 A quarter of them in the past 30 days alone: 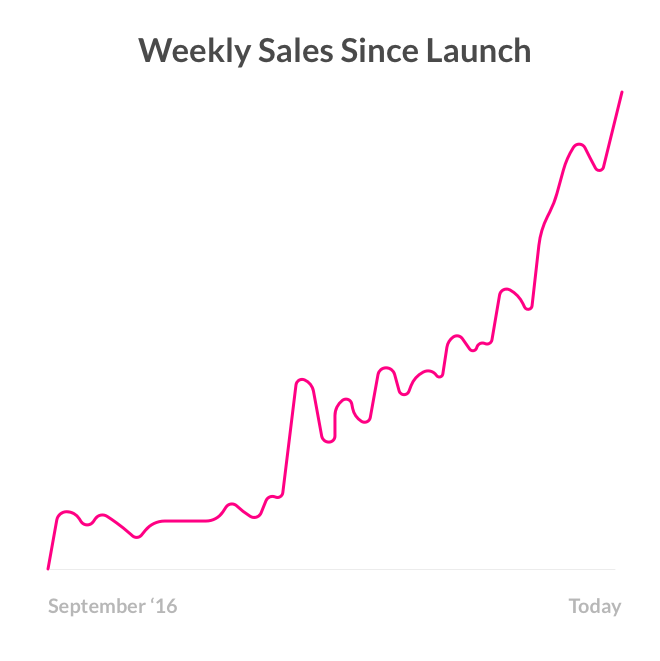 But this isn’t just a numbers game: our members are an incredible bunch of people. They’re young (75% under 35), new to insurance (90%), and trustworthy.

We went out to meet some of them, and came back convinced that we’re attracting the next generation of amazing customers.

People feel and express gratitude in multiple ways, looking at the past, present, and future. Looking back at the past few months, we’re thankful to the tens of thousands who comprise our community. You’re the most supportive customers we could ask for, the best brand ambassadors, and the people who make it all worthwhile. We’re thankful for the present: our team, hustling to release new features, pay claims, and provide our members with a stellar customer experience.

And we look to the future with gratitude: we love technology, we love social impact, and we love what we do. We’re thankful for all of these.

Thank you, Lemonaders, and Happy Thanksgiving!

What we’re about to do here doesn’t come easy. But I’ll do it anyway: here are some of the most interesting stats we gathered during our first 48 hours on air!