A cat person is someone who identifies as a lover and friend of felines. Depending on the person, this may progress to the level of a lifestyle or outright obsession.

What is a cat person? 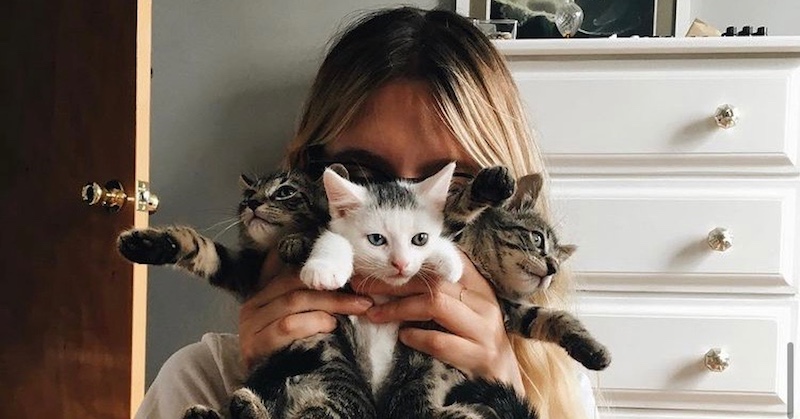 At the most basic level, a cat person is someone who prefers the fellowship of cats (to dogs, for instance, and perhaps to other humans). The term is used as a badge of pride for those who cherish the companionship of cats and kittens, providing them with the essentials—like love, treats, and health insurance.

It does not insinuate any quasi-mythical or chimerical scenario wherein a person actually becomes “half cat”—this is real life, not a comic book—although many cat people will indeed begin to exhibit a felinesque temperament and/or personality, which is charming.

How does one become a cat person?

Cat ownership would seem to be a simple qualifying criteria, but one could arguably be a cat person without actually owning cats.

For instance, one might spend quality time with local bodega and/or street cats. Sharing cat memes or emojis and enjoying heart-smushing images of kittens online can also count, although the community tends to consider such individuals “aspirational cat people.”

Does this have anything to do with that "New Yorker" story?

Ugh. No, not really.

For anyone who wasn’t online in the year 2017: “Cat Person” is a piece of short fiction written by Kristen Roupenian which appeared in The New Yorker. It told the story of an unsatisfying, imbalanced, upsetting romantic relationship between a young woman and an older man. The older man in question had presented himself as a cat owner, presumably in order to convey that he was sensitive, affectionate, and capable of caring for adorable things—when, by the story’s end, it becomes quite clear that he most likely doesn’t even own a cat and is definitely not a cat person.

We would have preferred if this viral fiction sensation had been called “Hamster Person” or “Creepy Lying Loser Guy,” but such is life… and now genuine cat people must suffer the consequences.

What about the "cat lady" trope?

The idea of the “cat lady” is an outdated and misogynistic cliche propagated by frustrated men and/or dog fanatics. In brief, it imagines a (single) woman, generally above the age of 35, whose existence centers around cats, at the expense of supposedly more fulfilling interpersonal relationships.

This harmful trope has fallen out of favor (or even been reclaimed) thanks to the tireless efforts of pioneers like BriAnne Wills of Girls And Their Cats, not to mention other hip, female cat lovers using social media to spread the feline gospel.

The lame and misguided “cat lady” stereotype also fails to factor in recent scientific studies which prove that, in 99.7% of all cases, “staying at home and reading with your cat” is more enjoyable than “spending $100 to get drunk” or “going on an awful Tinder date with some jerk who won’t stop talking about how he went to Yale ten years ago.”

Okay, but aren't there more women who are cat people than men?

Wow, it’s 2021, you’d think everyone would just quit obsessing over how sex and gender relate to things like pet ownership… but progress is a slow road.

For anyone who thinks that cat ownership is “feminine,” whatever that means, we would direct you to these photos of bad-ass heavy metal dudes posing with their feline pals.

Does being a cat person make you "anti-dog"?

No! Such binary assumptions are also so last decade.

Think of it like this: If you say you’re a “football fan,” that doesn’t mean that you also despise soccer and boxing. People are large, and they contain multitudes.

To be fair, identifying as a cat person certainly implies a preference for cats—and perhaps an assumption that the cat person does not also own any dogs. (A pet owner with a house full of felines, canines, and other species would probably just term themselves an “animal lover.”)

But being a cat person would not mean that the individual in question would cower from dogs in the park, or refrain from petting and/or hugging them when encountered on a city street. This is, indeed, the way dogs are best enjoyed: in mercifully small doses. 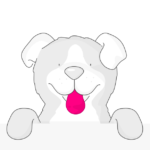 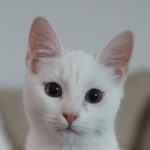 Thinking About Adopting a Cat? 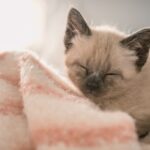 How to Take Care of a Kitten 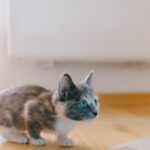 How Much Does it Cost to Spay or Neuter a Cat?