Named perils are specific damages or losses listed in your policy – if any of these ruin something you own (aka your personal property), your coverage will kick in. 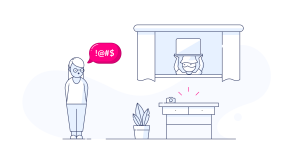 What are named perils, exactly?

Zooming out a bit, insurance is there to protect you and your stuff from sudden, unexpected events. But what’s defined as sudden and unexpected?

That’s where named perils come in.

Named perils are a bunch of bad things, listed out in your policy, that could happen to your personal property. They apply to direct, physical loss or damages so, for example, if a fire broke out (a named peril) ruining your couch, TV, and computer, you could file a claim and your insurer would financially help you out.

You’ll find the named perils in the ‘Perils Insured Against’ section of your insurance policy but take note: while there are usually 16 named perils on your policy, some states have less (Texas, for example, has only 15).

We’ll break these down next.

The 16 named perils covered in insurance

If the following things happen to anything you own (your personal property), you’ll be able to file a claim and receive compensation from your insurer, minus your deductible, if it’s approved.

Keep in mind that if one of these perils happens to your stuff outside of your home, you’ll also be covered.

Q: Someone stole your bike… is it covered?

Your personal property is covered at home, and everywhere else. As long as it was locked, you should be able to make a claim and get money back (after your deductible, of course).

If it wasn’t locked, that’d be considered negligence and your insurer most likely wouldn’t cover you in this case.

Q: Your upstairs neighbor left the faucet on and it flooded your apartment… is your stuff covered?

Most water damage to your place that isn’t caused by mother nature will be covered under your basic home or renters policy.

Q: You have a serious mold problem in your place… are you covered?

This doesn’t fall under the definition of ‘sudden or accidental.’ So that gross stuff growing in your shower, or underneath your sink? You should address it asap because it isn’t covered under your policy.

What isn't covered under named perils?

Named perils don’t cover a few different scenarios. First off, it doesn’t cover things that could have been prevented.

For example: Say you’ve had the same microwave for 15 years. It doesn’t really heat stuff up anymore, but hey, it still turns on, and you’re on a tight budget living in NYC and all. If that microwave short circuited and caused a fire destroying your stuff, your insurance wouldn’t necessarily cover the losses.

This would go under the category of situations that could have been avoided with proper maintenance and care. Now, if it was a brand new microwave and the same thing happened, you’d be covered, since it’d definitely fit the parameters of “sudden and accidental.”

On another note, while most standard insurance policies will cover you for water damage caused by broken pipes and overflow, floods aren’t covered. Same goes for other natural disasters.

It also differs by state – in California, for example, stuff that’s lost or damaged due to earthquakes isn’t covered by your typical Golden State renters or homeowners insurance policy.

Moral of the story? Make sure to double check your policy for exclusions and, if needed, get additional coverage to protect your stuff against the perils of mother nature.

How Claims Work at Lemonade
LEMONADE 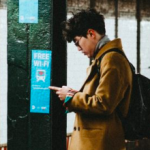 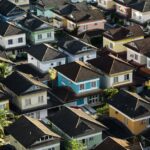