Vandalism refers to intentional damage by someone else to your place or your stuff without your consent. It’s considered a ‘named peril’ and is (almost always) covered by your insurance policy.

Definition of vandalism in insurance

One of the most common property claims, vandalism is defined as damage caused to someone else’s property simply for the sake of causing damage.

Vandalism is a ‘named peril’ on your insurance policy (both for renters and homeowners), meaning that it’s covered as long as the monetary amount of damages is above your deductible.

Is vandalism covered by homeowners insurance?

Longer answer: Vandalism is covered only for damage to parts of the property you’re responsible for, as well as to your personal property.

Say you’re a condo owner and have an insurance policy on your place. If someone decides to graffiti your building, your insurance wouldn’t cover it because you aren’t responsible for the outside walls of the structure. Your HOA‘s master policy would come into effect on this one.

Take note: Even if you’re a homeowner, vandalism losses (in most cases) aren’t covered if your place has been vacant for a period of consecutive time… in most states this is 60 days but it can vary, so check your policy.

When we say vacant, we mean you’re not living there, and it’s basically empty of your personal property. If you’re not living in your place, it’s extra susceptible to vandals. Not only should you probably be taking extra precautions against vandalism, but it’s also a risk your insurer doesn’t want to take.

Also, this may be a bit obvious, but your insurance policy won’t cover vandalism committed by you or anyone named on your policy – even by your roommate in a fit of rage – unless you file formal charges against that person.

A standard renter insurance policy will list ‘vandalism and malicious mischief’ (that’s a tongue twister!) as a ‘named peril,’ meaning it’ll be covered by your insurance company if it affects your stuff.

However, as we mentioned above, to fall under the classification of ‘vandalism,’ the damage to your stuff must be intentional.

So if your sig other spills coffee on your laptop, or your brother throws a baseball at your television set, it’s not considered vandalism. But if some angry neighbor sabotages your bike you can file a claim.

Pro tip: File a police report, take pictures of the damage, and seek to resolve anything potentially dangerous, since you’ll need to present all of this to your insurer for your claim.

Vandalism affects both renters and homeowners. However, homeowners often have more physical property and, unfortunately, a greater opportunity to be affected by cruel, intentional acts.

Here are the most common acts of vandalism: 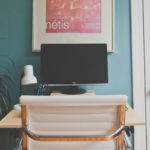