There’s nothing quite like getting a brand new bike. It’s a brilliant option for exercise and daily commuting—especially in the midst of a pandemic. But buying a new bike will also give you a rush of nostalgia that you won’t get with many other “grown-up” purchases… Which is why falling victim to bicycle theft is such an emotional punch to the gut.

If you have renters or homeowners insurance, a stolen bicycle would luckily be covered by your policy–which is definitely a relief–but that still doesn’t completely mend the wound that is having your bike stolen in the first place. Because let’s face it–the first thing you’re thinking after your bike is stolen is probably, “I knew I shouldn’t have locked my bike up here” or, “I knew I should have locked my bike up better” or, “Why am I such an unlucky and hapless idiot?” 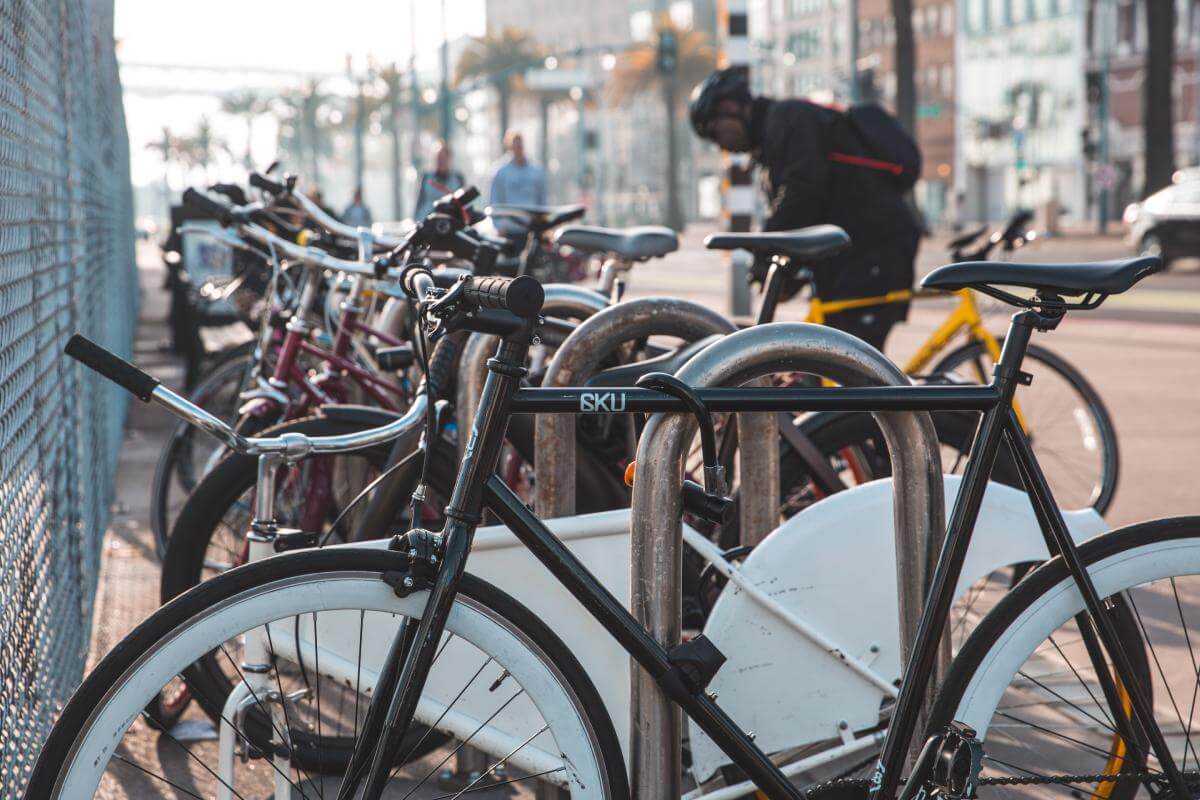 A majority of bicycle theft is avoidable. That makes the sting of realizing your bike’s been stolen way worse. So to help avoid that nightmare, we asked some bike experts and some bike-theft experts (i.e, people who’ve had their bikes stolen–not people who steal bikes) for some tips on how to best protect your wheels.

Make sure your bike is actually locked

Take it from Scott Indrisek, managing editor at Lemonade. “I lost my beloved Fuji Feather single-speed a few months ago because I ducked into a Thai restaurant for dinner and left the bike ‘locked’ outside,” Scott told us, with the defeated voice of someone who knew they f’d up.

“Forty-five minutes later, I came back out to find the bike gone, and my sturdy U-lock dangling from the street sign where it had been.”

Buying a new bike will also give you a rush of nostalgia that you won’t get with many other “grown-up” purchases—which is why falling victim to bicycle theft is such an emotional punch to the gut.

In his haste to devour a plate of basil chicken, Scott did the unthinkable: He locked his bike lock to the pole, without ensuring any part of the actual bike was involved in the equation. “A painful lesson learned,” he lamented.

While it seems like an easy mistake to avoid, things can happen when you’re in a rush. So always double check to make sure that, a) the bike is actually connected to the lock, and b) the lock itself is securely fastened.

Also obvious, but don’t leave your bike unattended under any circumstances–even if you’re just popping into the corner store for a bottle of water. This would be a bike thief’s dream come true.

How and where to lock your bike

A poorly locked bike will disappear quickly, especially if you live in a major city. Putting a couple extra minutes of thought into how and where you’re locking your bike could go a long way in preventing your trusty steed from being bike-knapped.

“Locking only the front wheel or back wheel to a pole is a very common mistake,” Javier S., owner of NYC’s Bushwick Bicycle Shop, told us. This is especially true for bikes that have quick-release wheels.

“If you have a quick release wheel, it makes it easier for anyone to just remove the wheels and take the frame with them,” Javier explained. “Make sure to always lock up the rear wheel along with the frame.” For those who are extra-cautious, it might be a good idea to use two locks: a classic U-lock for the bike frame, and a chain or cable lock that can be threaded through both wheels. 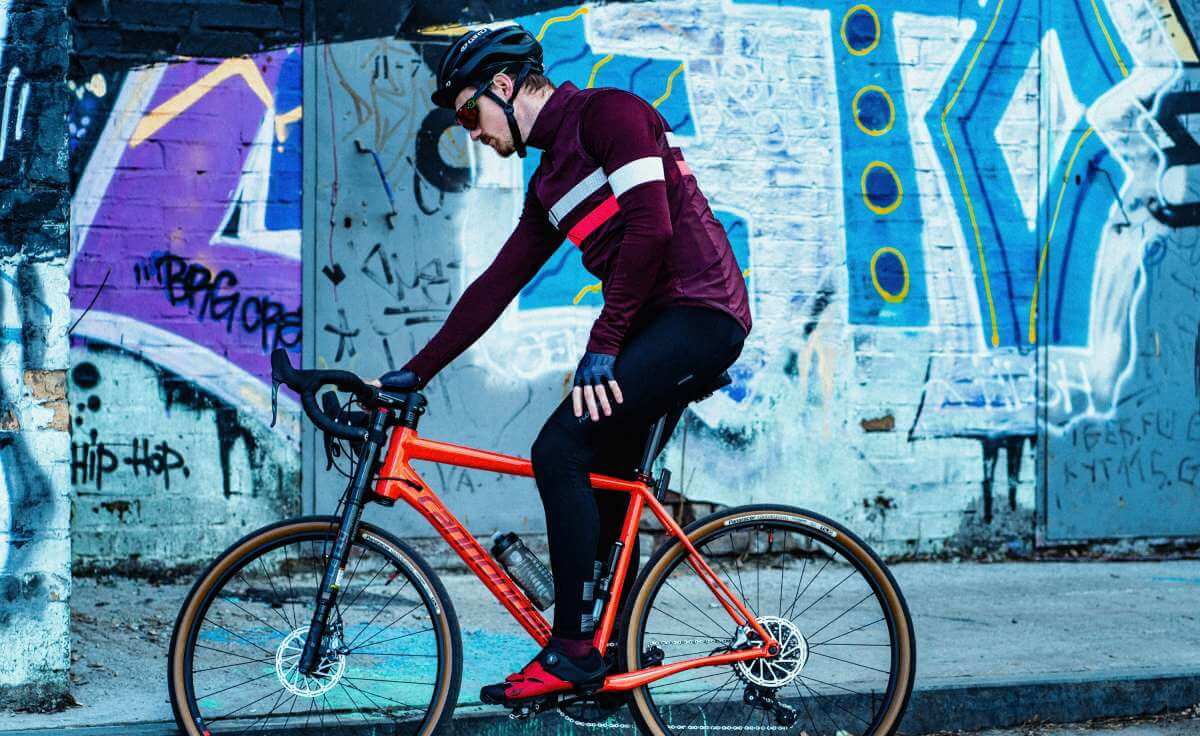 Location is also super important. If you’re in a major city like New York, scaffolding, street signs, and fence posts are abundant and can work in lieu of a bike rack. But there are a few things to consider before letting your bike out of your line of sight. Your bike will only be as secure as the object it’s fastened to, so make sure you always choose an immovable object that can’t be easily broken.

When it comes to locking your bike, not all locations are safe. Avoid unsecured street signs or fences, and exercise extreme caution if you’re hooking your bicycle to construction scaffolding.

Double check the street sign to ensure it’s securely fastened into the ground. It’s not uncommon for street signs to become loose, making it possible for a thief to jiggle them out of their place and slide your bike off with ease. You’ll also want to avoid locking your bike to any wooden fences or any particularly thin pieces of steel– or, anything else you think might be easily snipped with a pair of bolt cutters.

If you’re locking up to scaffolding, make sure you’re only securing the bike to the vertical bars. The horizontal bars on scaffolding can be easily unscrewed and removed, leaving your bike vulnerable. If possible, try to avoid scaffolding all together. Scaffolding by nature is an impermanent structure, so the longer your bike is locked there, the more likely it is you’re going to lose that bike.

If you’re serious about the safety of your bike, it will definitely be worth it to invest in a few simple modifications that can significantly decrease the likelihood of it being stolen.

These mods can include a locking system for your wheels or seat clamp. Javier from Bushwick Bicycle Shop suggests using a locking skewer set (from Pinhead, or other brands) to ensure your wheels can’t be easily nabbed. These kinds of mechanisms are fairly inexpensive, and will also relieve the stress of having to use a bunch of different locks to lock up both wheels and the frame all at once.

And don’t forget about your bike’s nifty accessories. That expensive gel-cushioned bike seat you bought is super comfortable and looks really sleek– but your local bicycle thieves probably think so too. So if your bike’s saddle has a quick-release option, either take the seat with you or secure the seat by replacing the quick release with a binder bolt. 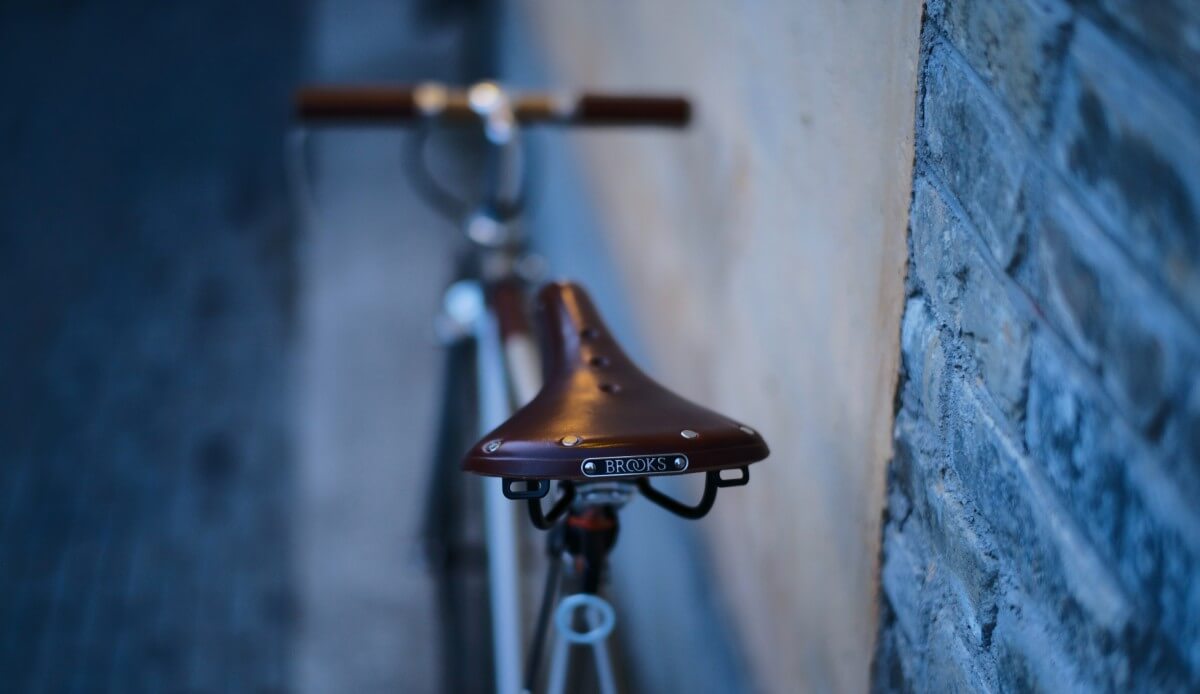 A bike shop in your area could also loop a chain between the frame and the saddle rails, which is another great way to deter seat-theft. If phrases like “binder bolt” or “saddle rails” mean nothing to you, just walk into your local bike shop and ask them to theft-proof your seat!

While you’re in the spirit of theft-proofing, be sure to write down your bike’s serial number and keep it somewhere safe and accessible. The serial number could become helpful later if you need to prove to your insurance company, the police, or a pawn shop that you own the bike.

One last important, but obvious tip: Purchase a bike according to your risk profile. If you live in a tiny studio apartment in the middle of a crowded city, and you know you won’t be able to store your bike anywhere indoors, it might be time to accept the fact that you absolutely should not buy that awesome $8,000 titanium road bike you’ve been eyeing.

Is any lock really theft-proof?

Bike thieves are innovative, which means that it’s unlikely anyone will ever create a lock that is 100% theft-proof. But spending a little money on a tough-to-crack lock will at least lower your chances of theft. There’s no easy way around it: A serious bike lock is going to be a bit cumbersome. But cheap, lightweight cable locks alone can be easily cut by savvy thieves, so the inconvenience is worth it.

If you want a U-shaped lock that can be affixed to your frame (or possibly tucked in your belt loop), Kryptonite is a go-to brand that rates their locks according to how intense they are. Their “New York” U-lock model ranks 9 out of 10 on Kryptonite’s own security scale. It’ll run you over $100—but how much did you pay for your bike, and how crushed would you be if you lost it? Even pricier and more secure is their aptly named “Fahgettaboudit” lock, a not-messing-around metal chain that should deter any thief and their lock-breaking toolkit.

Kryptonite is a ubiquitous name in the lock game, but they’ve earned it—check out this Wirecutter list, in which they dominate every category. But if you’re curious about alternative options, Loctote makes some interesting lightweight locks, and HipLok’s wearable chain locks earned top honors in 2020 from Bicycling.

How to recover a stolen bike

Let’s say you followed all of these tips, and somehow, your bike still got stolen. You could first call your local police department to file a report, and then file a claim with your insurance company to try to recoup the amount it would take to purchase a replacement.

Or, maybe you’ve been preparing for this since the day you purchased your bike. We’re definitely not recommending you start your own vigilante bike-theft investigation, but there’s certainly some steps you can take to potentially make recovering your stolen bike a bit easier.

The first would be to purchase a GPS tracker. This might sound like something straight out of a Bond movie, but welcome to 2020, baby. These days, GPS trackers are tiny, affordable, and can be purchased online or in a bike shop. While it may not prevent your bike from being stolen in the first place, it can make tracking it down a lot easier. 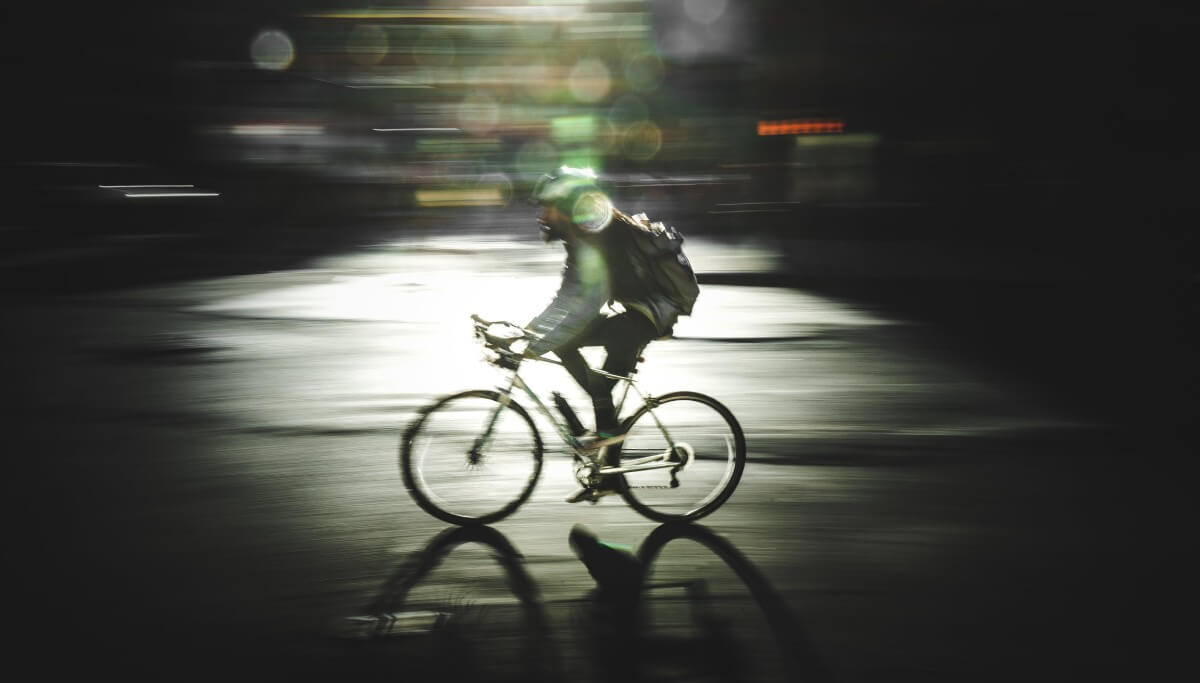 Or, take the old-fashioned route. A common tactic is write a short note on a tiny roll of paper and stuff it into your bike’s seat-post tube. Oftentimes, bicycle thieves will steal the bike with the intention of immediately trying to pawn it off to a shop, or sell it on Craigslist or Ebay. So on your note, you can write something like “If this bike was sold by anyone else other than Mrs. Original Bike Owner, it has been stolen,” along with your phone number. It might be a long-shot, but it’s definitely worth a try and requires minimal effort.

If your bike does end up getting stolen, all hope is not lost. With basic renters or homeowners coverage, you’ll be able to file a claim to receive reimbursement for a stolen bike, as well as any nifty anti-theft accessories you’d purchased for it. You’d typically just need to provide your insurance company with proof of ownership of the bike, as well as a police report to verify the facts of loss.

At the end of the day, bike theft is fairly avoidable. With a couple of sturdy locks, and the knowledge of how and where to effectively lock the bike, you should be in the clear. And if all else fails, your renters or homeowners insurance company will likely have your back. Safe riding!

5 Things You Might Be Getting Wrong About Your Renters Insurance

You don’t need to be an expert on all things insurance when you have a team of experts you can rely on.

Your renters insurance policy can help relieve some serious anxiety when it comes to theft.

What Is Renters Insurance, and What Does It Cover?

Renters insurance has your back if your personal property gets damaged or stolen—but it does a whole lot more than that.