Iowa’s capital is one of the hippest, vibrant, and culturally-rich cities in the Midwest. Said no one ever. Until recently…

Previously known for corn, deep-fried anything, its state fair, and as the number one spot for U.S. insurance companies (yes, we’re serious!), Des Moines did some serious soul-searching over the past decade and half. Its leaders got together with innovators in the private sector and started to organically embed cultural amenities throughout the city.

The result? Nothing less than delightful.

Aside from being one of the up-and-coming music and culture centers in the US, Des Moines (aka, DSM) also took some national titles in the socioeconomic arena: best place for young professionals, families, renters, and millennial homebuyers (Politico). Combined with a 3.5% unemployment rate, it’s no wonder why a recent Gallup poll found this Midwestern city to have among the highest rates of community pride in our nation.

“Never mind California or New York. By some important measures, Des Moines is way ahead of its cooler coastal cousins.” (Fast Company)

Not too shabby for a metropolis located in the heart of “America’s Heartland.”

So in honor of Lemonade’s Iowa launch, we decided to pull together this alternative guide featuring the various sights, places, and activities working in unison to make this city shine.

Cities in transformation usually have a grassroots art scene that is popping, and Des Moines is the perfect example. Anything from pop-up art galleries, walk-in artist studios, and collaborative projects can be found, and we’ve gathered some of the goodies: 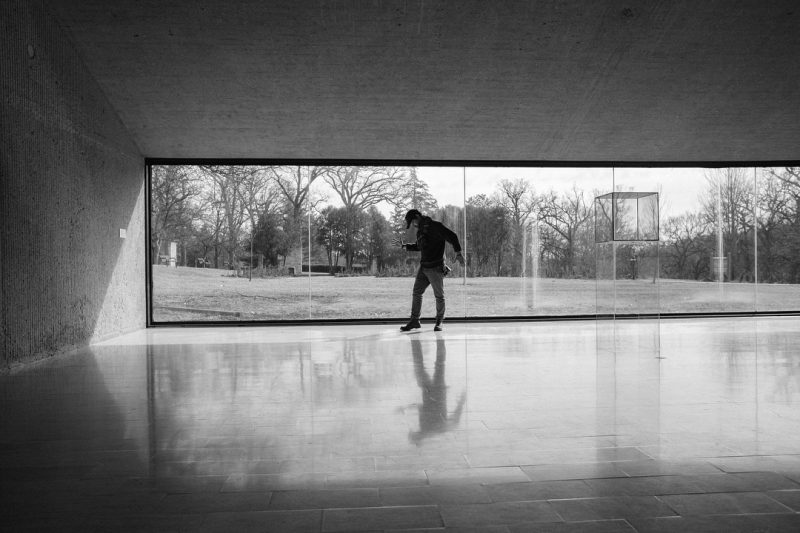 A world class museum open free to the public, the Des Moines Art Center was originally built back in the 40’s. In 1965, another block was added, creating an internal sculpture court. The center is home to an impressive collection, with an emphasis on contemporary art.

Saved from demolition back in 2007, this borough has since become the quintessential neighborhood of Des Moines. Not only is lot of what follows in our handy guide located in this environment, but it has transformed into the epicenter of all things cool in the city. Besides dining and nightlife, we love this pedestrian-friendly area for its galleries and stores! After all, what better way to understand the local artist scene than to get a good glimpse at their wares.

Domestica, an indie homemade shop, is a charming space featuring accessories, jewelry, posters, stationary, and more, all designed by independent artists. Designer Chrissy Jensen’s says her vision with Domestica was to bring an element of quirkiness to the East Village through the wares and her unique, personal approach to design. Located a few steps away from Domestica is Sticks, one of the pioneers in an area once thought unapproachable for locally owned and operated businesses. Started by Sarah Grant in 1992, Sticks is acclaimed for their distinctive lines of furniture and accessories. From Our Hands is another shop in the ‘hood carrying funky handmade artwork, sculptures, and glassware, highlighting local artists but with a wider selection from around the US as well.

No hipster city is hipster without its local letterpress. And this one is no stranger. Located in downtown East Village, you can pop in and watch owner Sarah McCoy designing and printing in her studio. Using 100% cotton and mixing ink by hand, it’s a refreshing breather of craftsmanship in a everything-is-digital age. 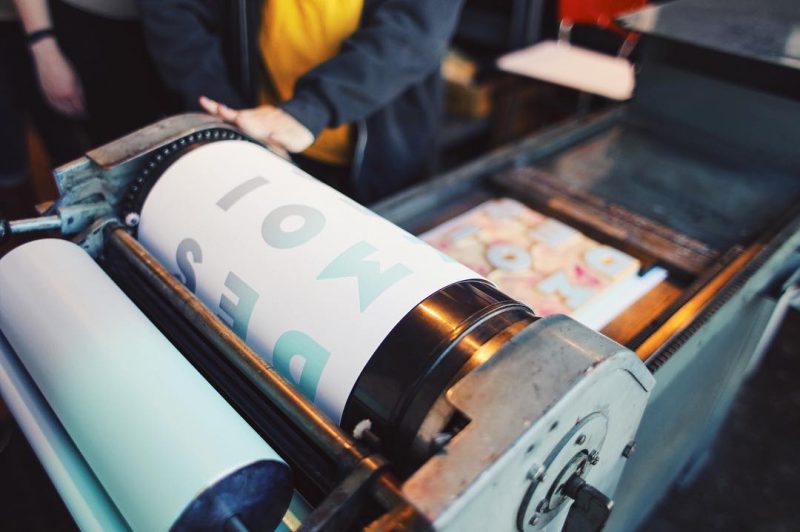 And no hipster city is hipster without its succulents of course! This space is a hidden haven for houseplants, succulents, ceramic pots, planters, and gifts, and holds biweekly events bringing us people together with those plants. Located downtown, plant lovers (and newer to the genre) can spend an afternoon getting DIY creative with old plant pots.

An interesting mix of mid-century modern and art deco building with Queen Anne-style housing and neoclassical touches, Des Moines is a patchwork, in the best sense of the world.

While one wouldn’t normally associate a county in the heart of the MidWest with architectural feats, this city has undergone nothing short of a renaissance over the past 20 years making a once disparate amalgamation of styles and physical areas harmonize into one good-looking urban oasis.

A gift to the city of Des Moines by art collectors John and Mary Pappajohn, this super funky park features artwork by 22 of the world’s most celebrated artists, including Willem de Kooning and Richard Serra, with 29 pieces in all on display. Instagrammable? Oh yea. But conveniently located next to the city’s downtown, it also provides a nice respite from this now-bustling city.

Located smack dab in the center of the city, Pappajohn is in the lovely Western Gateway Park (a landscape architectural feat in its own right, designed by Zimmer Gunsul Frasca) which also happens to be one of the best vantage points in the city to take in DSM’s skyline. 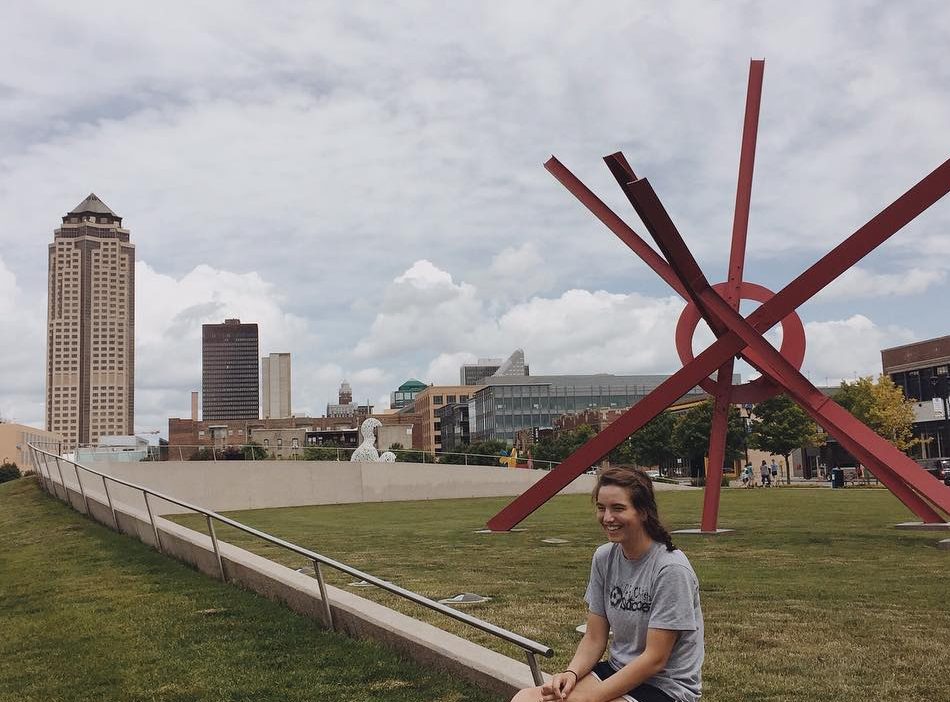 Built at the end of the 19th century, this neoclassical statehouse is the only five-domed capitol building in the country. Echoing King Louis XIV’s additions to the Louvre, the building features exaggerated windows, high ceilings, golden domes, and one of the most beautiful rotundas we’ve seen outside of Europe.

You can easily get lost in this Hawkeye State gem, taking in all the details, materials, and simply in the grandeur of it all. Insider tip: In the winter, sledding at Capitol Hill is a must.

Traditionally public libraries were built to emanate civic prosperity and pride, often making use of stone, marble, and other “traditional” building materials from the turn of the 20th century. David Chipperfield Architects broke the mold. The DSM Central Library is a two story copper-mesh refresh of a once-dilapidated building and incorporated green design into the project with DSM’s first major green roof.

There is a noted lack of rigidity to the project and its relationship to the surroundings. In fact, Architectural Review notes: “In a city defined by the Jeffersonian grid, the library pulls away from the orthogonal edges of the site to take on a figural character appropriate to its status as a civic institution.”

While minimalism and the use of organic materials aren’t necessarily one-size-fits-all, this architectural spectacle is not to be missed. 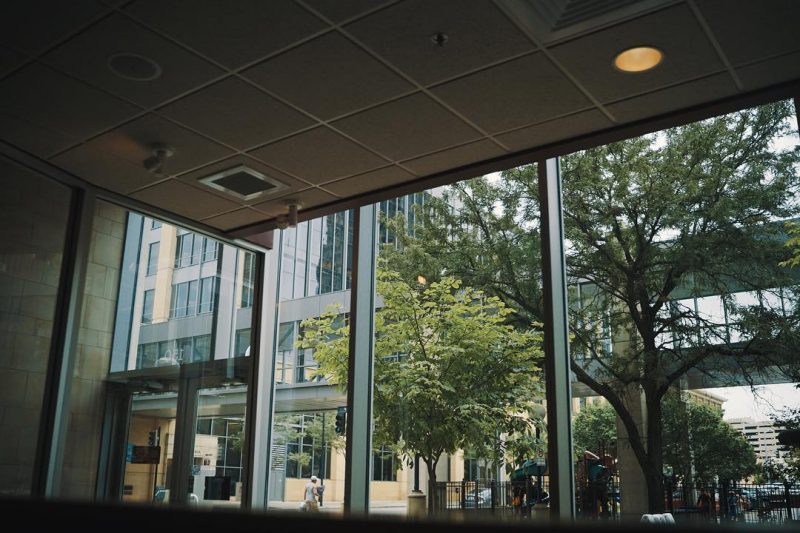 Connecting east and west, this iconic, single arch pedestrian bridge melds utility with design adding to the rejuvenation of the city’s downtown area. Who are these women of achievement you ask? Well, each year (since 2013) notable Iowan females are honored: Carrie Lane Chapman Catt, a leader of the U.S. women’s suffrage movement, Louise Rosenfield Noun, a philanthropist and civil rights activist, Sister Bernadine Pieper, an educator and scientist, and Gertrude Elzora Durden Rush, the first African-American woman to practice law in the state of Iowa.

If you’re up for a short ride (about 45 minutes) out of the city, go check out Madrid’s High Trestle Trail Bridge. Among the longest pedestrian and bicycle bridges in the US this beautiful, geometric feat pays tribute to the state’s coal mining past.

Des Moines is at a literal (and metaphoric) musical crossroads, nestled between routes 80 and 35, and as such, has always served as a stop-over for musicians traveling the county.

As the theme goes, up until recently, there were never really venues for them to do more than sleep. So, parallel to DSM’s architectural rejuvenation and socioeconomic progress, big summer stages started gaining traction with festivals like 80/35 DSM and Hinterland. With large crowds year after year and several world class acts launching their career at DSM venues, we can say with confidence Des Moines is a formidable music town. 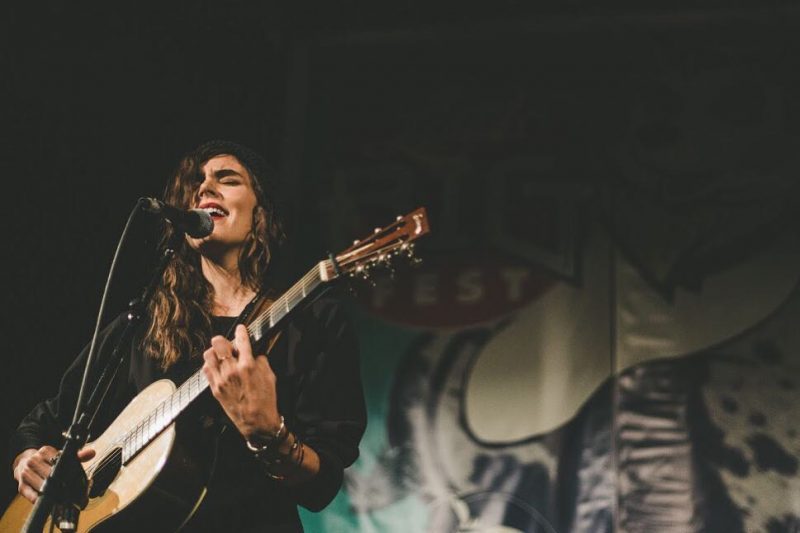 Located in DSM’s vibrant Historic East Village, Wooly’s is an emporium of local and national music with a well-known state of the art audio and lighting system. With a capacity maxing out around 600, Wooly’s serves up an eclectic roster of live music – from Spoon to  and from to – just about 7 nights a week. Vaudeville Mews, a smaller yet charming club in downtown Des Moines, is notable for launching the careers of acts such as Decemberists, Devendra Banhart, and Of Montreal – expect nothing short of pure stoke at this venue.

The Simon Estes Amphitheater is located in the Historic East District, along the banks of the Des Moines river, and provides a backdrop for some world-class acts. With a capacity of up to 2,000, this venue has seen the likes of Barenaked Ladies, John Butler Trio, and Slightly Stoopid, among other famous acts. Aptly named 80/35 DSM, this is a progressive indie music festival which has featured The Shins, MGMT, Charles Bradley & His Extraordinaires, and Elephant Revival, among other acts. 80/30 DSM was originally organized by the Des Moines Music Coalition to act as a catalyst of growth in the city’s live music economy and to promote an inclusive, vibrant music scene. Objective reached!

Not technically in Des Moines but definitely worth a mention: the Hinterland Music Festival. Just 30 minutes outside of Iowa’s capitol city, Hinterland is a two day festival featuring big names from around the world and across the musical spectrum. Outdoor lovers will also enjoy with various activities on tap including arts, camping, and crafts. 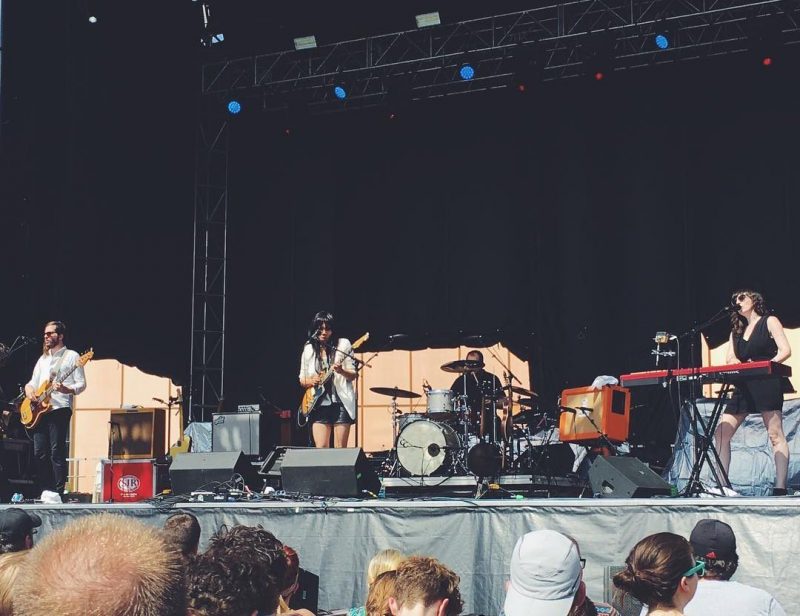 Beyond art, design, and music, here are some of our other pics for must-visit spots in lovely Des Moines.

This wouldn’t be a real guide about Iowa without mentioning corn! The Des Moines Farmers Market offers the state’s trademark corn and tons of other fresh and tasty seasonal crops direct from the growers. The market is open every Saturday morning from mid-May through early October, rain or shine. It’s not all fruit and veggies: handmade wares are on sale too. The market proudly connects urban and rural communities while supporting nearly 300 local entrepreneurs, including farmers, producers, bakers, and artists that represent 50 counties across Iowa. 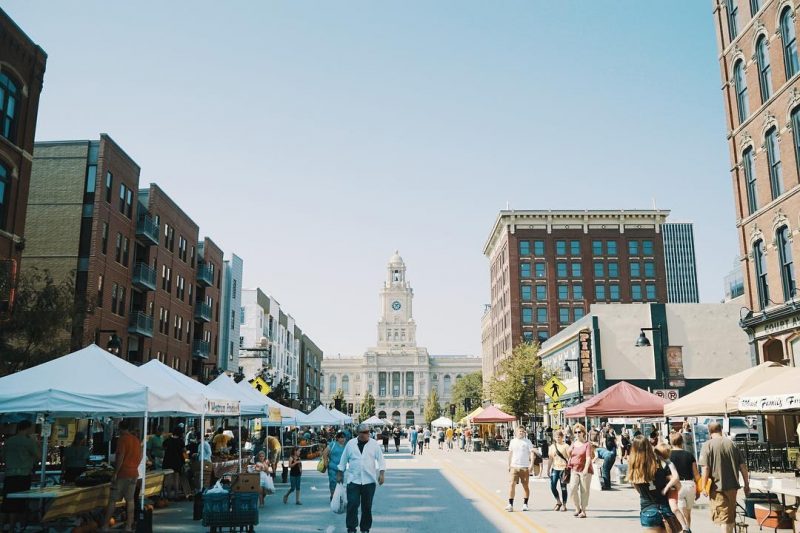 Next stop, check out RUNDSM. This organization is moving the needle for the younger generation of Des Moines by providing safe spaces to discuss issues facing their community as well as a platform for these teens to foster change. A pillar of the DSM community, they run something called Movement 515 which has something for everyone – from spoken word poetry at Des Moines Social Club, to color control graffiti writing and breakdancing.

Probably the most quintessential expression of what culture means to Des Moines, this renovated, historic art deco firehouse is at once a social, cultural, and art center. Promoting inclusivity by spreading art and culture throughout the city, it’s worth a visit. Plus, there are a myriad of workshops open for all ages (dancing to poetry to cooking to guitar lessons and acting) and daily events  live music, trivia night, theater productions, and more.) 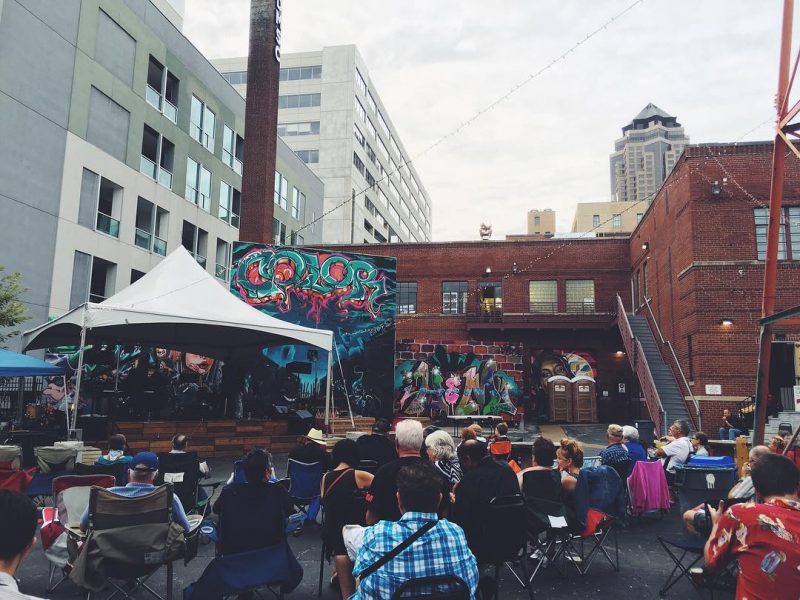 A smorgasbord of visual art, live music, film, interactive art, and performances, this art festival echoes the spirit of Des Moines. Located in the Western Gateway Park, their mission just about sums up all of the places we’ve spoken about up until now: to impact lives through art while fostering and celebrating the involvement of all people.

For updates on when Lemonade will launch renters and homeowners insurance in your state, see Lemonade Goes Nationwide.

3 Steps for an Effortless Move-In Day

Let’s be honest: moving into a new apartment is hard! But it doesn’t have to be. Here are 3 easy tips to stay organized (and stress-free) for your next move.

Reconstruction Costs and Your Homeowners Insurance

Labor and material costs are on the rise, which means it will cost more to reconstruct your house in the event of a disaster. Here’s why that matters.